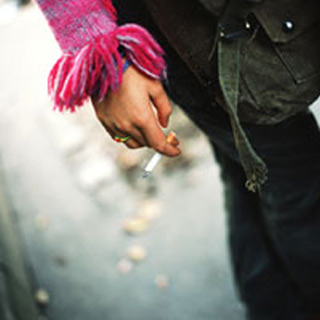 Till today, numerous reports have been published stating the harmful effects of smoking, especially during pregnancy. Adding more to it, a latest study claims that mothers who smoke during pregnancy put their children at greater risk of developing psychotic symptoms during their teenage years.

This study seems to show an association between maternal tobacco use and psychotic symptoms. It was estimated that approximately 15 to 20 percent of women in the UK continue to smoke during their pregnancy. For the purpose of better understanding this criterion, experts from Cardiff, Bristol, Nottingham and Warwick Universities studied nearly 6,356 12-year-olds from the Avon Longitudinal Study of Parents and Children.

It was observed that all the children completed an interview for psychotic-like symptoms. Apparently, symptoms include hallucinations or delusions. Experts found that merely over 11% of the children i.e. about 734 children seem to have suspected or definite symptoms of psychosis.

Lead author of the study, Dr Stanley Zammit, a psychiatrist at the School of Medicine, stated that, “In our cohort, approximately 19 per cent of adolescents who were interviewed had mothers who smoked during pregnancy.”

The findings further revealed that smoking during pregnancy was found to be associated with an increased risk of psychotic symptoms in the children. In addition, experts observed a ‘dose-response effect’, signifying that the risk of psychotic symptoms could possibly be the highest in the children whose mothers smoked the most heavily during pregnancy.

Evidently, the reasons for the link between maternal tobacco use and psychotic symptoms are uncertain. However, experts were of the opinion that exposure to tobacco in the womb may perhaps have an indirect impact by affecting children’s impulsivity, attention or cognition.

“If our results are non-biased and reflect a causal relationship, we can estimate that about 20 per cent of adolescents in this cohort would not have developed psychotic symptoms if their mothers had not smoked. Therefore, maternal smoking may be an important risk factor in the development of psychotic experiences in the population,” Zammit continues.

The study also examined whether alcohol use and cannabis use during pregnancy could possibly be associated with a higher risk of psychotic symptoms. It was believed that drinking during pregnancy was associated with increased psychotic symptoms. However, this was true only in the children of mothers who seem to have drunk more than 21 units of alcohol a week in early pregnancy.

Additionally, only a few mothers in the study said they had smoked cannabis during pregnancy. Supposedly, consumption of cannabis was not found to have any significant association with psychotic symptoms.

The experts anticipate for further studies to examine how exposure to tobacco in utero appears to affect the development and function of children’s brains.

The findings of the study have been published in the British Journal of Psychiatry.