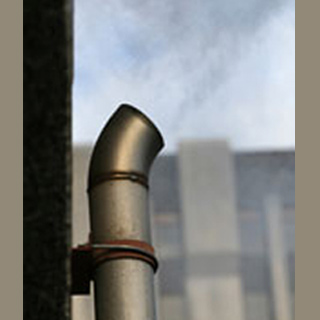 According to a latest study from the Columbia Center for Children’s Environmental Health (CCCEH) at Columbia University’s Mailman School of Public Health, exposures to ambient metals from residential heating oil combustion and particles from diesel emissions soon after birth could possibly be associated with respiratory symptoms in young inner city children.

The study is known to be the first one to examine the effects of exposure to airborne metals in this very young population. Moreover, the findings may perhaps have significant public health implications. For the purpose of the study, the authors were believed to have evaluated pollutant levels with respiratory symptoms of children between birth and age two living in Northern Manhattan and in the South Bronx.

The authors were believed to have restricted for exposure to second-hand tobacco smoke, sex, ethnicity, and seasonal trends. Supposedly, all of these were linked to increased respiratory symptoms and asthma in other studies.

The study is known to be part of a broader multi-year study project launched in 1998 by CCCEH that examines the health effects of exposure of expectant mothers and their children to indoor and outdoor air pollutants, allergens, and chemicals. The Center’s earlier study showed that exposure to numerous environmental pollutants could perhaps be associated with a rise in risk for asthma symptoms amongst children.

Senior author of the study, Rachel L. Miller, MD, associate professor of Medicine and Environmental Health Sciences (in Pediatrics) at New York-Presbyterian/Columbia University Medical Center, co-deputy director of CCCEH at the Mailman School of Public Health said that, “It appears that exposure to ambient metals and diesel-exhaust particles in our air may lead to several respiratory symptoms for young children living in urban areas. The effects of exposure to airborne metals had not been studied previously in children so young, and these findings could have important public health implications for members of inner-city communities in New York City and elsewhere.”

Lead author of the study, Molini M. Patel, PhD, MPH, previously a research scientist in the Division of Pulmonary, Allergy, and Critical Care Medicine at Columbia College of Physicians and Surgeons and a CCCEH investigator said that, “These findings increase our understanding of the effects of specific pollutants from heating oil combustion and traffic on respiratory health in very young children. Our results are of concern especially because levels of nickel in our study area, Northern Manhattan and the South Bronx, are among the highest in New York City and in the U.S., as are the rates of pediatric asthma.”

The authors found that the airborne metals nickel and vanadium apparently were risk factors for breathless in young children. Also, residual oil combustion for heating appears to be a main source in New York City of these metals. Furthermore, elemental carbon may have been associated with increased frequency of coughing only during cold and flu season i.e. from September to April. This elemental carbon is known to be an indicator of diesel exhaust.

A potential follow-up of this birth group and measurement of residential levels of metals and traffic-related particles could assist in determining whether exposures to these pollutants are linked with raised respiratory morbidity and development of asthma at later ages.

Are few kinds of dark chocolate healthier than other chocolates?