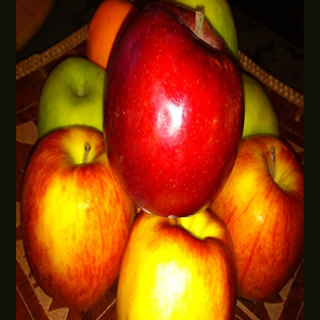 Here is a novel way to improve eating habits. McGill investigators claim that making an action plan and visualizing carrying it out can aid to induce better and healthier food choices. Concentrating upon the sketched out plan may help in acting on the desired intentions.

At the time of the study, 177 students at McGill’s New Residence Hall were asked to set themselves the goal of consuming more fruit for seven days. All the participants reportedly ate more fruit over the course of the week than they had before hand. However, those who made a concrete plan wrote it down and also visualized how they were going to carry out the action apparently elevated their fruit consumption twice as much as those who simply set out to eat more fruit without visualizing and planning how they were going to do it.

During the visualization techniques, volunteers imagined when, where and how they would buy, prepare and eat fruit. It is predicted that mentally rehearsing how to buy and eat the fruit can heighten the chances of actually doing it. Hence, Barbel Knauper of McGill’s Department of Psychology and colleagues believe that visualizing and planning can help in inculcating better eating habits.

The study was recently published in Psychology and Health.