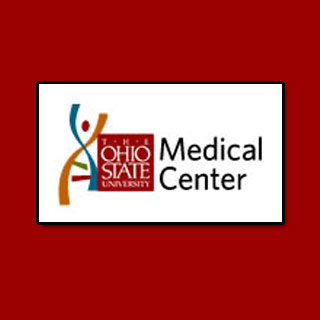 Researchers at Ohio State University Medical Center seem to have made it easier to diagnose memory related diseases. Diseases like Alzheimer and dementia can receive subsequent treatment if diagnosed on time. Moreover caretakers and health care providers can benefit from the test by preparing themselves for the hard times that may lie ahead of them.

The research indicates that four out of five, that accounts to 80% of individuals with mild thinking and memory issues will be picked out with the help of the test. While those with normal thinking abilities i.e. approximately 95% people will score normal on the SAGE test.

Scharre, a specialist in treating Alzheimer’s disease remarks that people often come in for treatment following three to four years of symptoms. He is of the opinion that such memory-related diseases if detected early can be cured in a better way.

Scharre adds that, “It’s a recurring problem. People don’t come in early enough for a diagnosis or families generally resist making the appointment because they don’t want confirmation of their worst fears. Whatever the reason, it’s unfortunate because the drugs we’re using now work better the earlier they are started.”

Currently the tests being administered for memory related diseases even though accurate are reported to have certain hindrances. Furthermore, certain tests make use of computers and older patients may show high levels of anxiety due to lack of technical knowledge. Scharre comments that the SAGE test is a practical tool as all that it requires is a pen, paper and a few minutes. Also the patient need not borrow time out of an appointment, as the test can be taken in the waiting room itself.

“Seldom are physicians reimbursed for the time and effort it takes to give such tests, or they tie up personnel to physically administer the test,” said Scharre, who advocates the use of routine screening for cognitive disorders in the primary care setting.

The test has 22 points in all, and a patient missing out on 6 or more points requires additional follow-ups with the physician. Abnormal results probably can help look for reversible and treatable conditions that may be hampering the patient’s thinking and memory impairment. According to Scharre, other conditions like strokes and thyroid problems may also influence memory.

Scharre quotes that there seem to be certain cost savings by administering the test in a primary health care center. He justifies this by saying that in such settings, the patient is less likely to throw tantrums and rather stick to the medication routine.

Scharre further remarks that, “Abnormal test results can serve as an early warning to the patient’s family. The results can be a signal that caregivers may need to begin closer monitoring of the patient to ensure their safety and good health is not compromised and that they are protected from financial predators.”

The findings on the new test seem to be in accordance with the current standard cognitive assessments that are not self-evaluative. In order to explain the results and accuracy of the test, the scientists evaluated participants on the test and then administered another battery of well-formulated tests on the same set of participants. The research in all had 254 participants aged 59 years or older. Out of this number, 63 were chosen arbitrarily for a one-day clinical evaluation using a battery of physical, neurological and cognitive tests.

The findings of the research have been published in the current issue of the journal Alzheimer Disease and Associated Disorders.