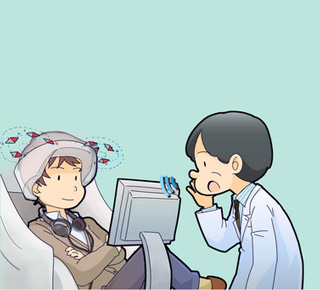 Listening to music on portable music players or mobile phones has been a rising trend among people. Music listeners may tend to turn up the volume, particular in noisy surroundings. According to scientists from the National Institute for Physiological Sciences, listening to loud music through earphones for extended periods in noisy surroundings can lead to neurophysiological changes. These neurophysiological changes are possibly associated with clear discrimination of sounds, even if the hearing threshold is normal.

This auditory abnormality supposedly concerns ‘the vividness of sounds’ and can’t be identified by the usual hearing test. A general hearing test reportedly includes examination of a series of individual tones in a silent environment. The attained results can be possibly employed as a future auditory assessment plan for long-term portable music player users. In this study, investigators thoroughly evaluated the brain’s response through a biomagnetism measurement device MEG (magnetoencephalography). This device apparently measures the brain activity without any subject’s behavioral response.

“It can be said that listening to music at high volumes burdens the nerves of the brain and auditory system and can cause a decline in the ability to discriminate sounds, even if the usual hearing test results are normal and the subject is unaware of any changes,” shared Dr. Hidehiko Okamoto from the National Institute for Physiological Sciences, Japan. “It would be better to suppress environmental noises by using devices such as noise cancellers instead of turning up the volume when enjoying a mobile music player in a noisy place.”

At the time of the study, 13 young adults were divided into two groups and brain responses were evaluated. While one group listened to music on full volume daily, the other group did not. Participants were then made to listen sound of a specific frequency contained in background noises while watching a movie. The inability to dissociate a sound from background noises appeared significantly higher among the habitual portable music player users.

The study was published on March 2, 2011 in the open-access journal PLoS ONE.