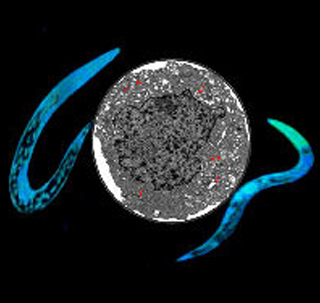 Sepsis, an inflammatory condition seemingly caused by the body over-reacting to infection can now be treated, thanks to the following discovery. In a major breakthrough, investigators from the University of Liverpool found that systemic inflammation due to sepsis can be suppressed by a naturally occurring protein in a type of roundworm called Acanthocheilonema viteae. The newly introduced treatment option appears better than the present day means to fight sepsis.

It was pointed out that inflammation by bacterial endotoxins in immune cells from sepsis patients may be curbed through the protein ES-62 which is secreted by the roundworm Acanthocheilonema viteae. Roundworms are known to infect the human digestive tract, lymphatic vessels, skin and muscle. These parasites though common are probably found in parts of the world with poor sanitation. It is believed that roundworm can live within the human body for decades without producing any adverse effects or triggering the immune system.

“The protein secreted by the roundworm stimulates a process called autophagy, a process of ‘self-eating’ that is essential to clear damage to cellular proteins or organelles and promote cell survival and function during stress situations,” quoted Professor Alirio Melendez, based at the University’s Medical Research Council Centre for Drug Safety Science in the Institute of Translational Medicine. “Autophagy reduces inflammation but at the same time permits the clearance of microbial infection. The findings suggest that ES-62 could be used to induce autophagy and reduce the overwhelming inflammation that is responsible for the massive tissue damage seen in sepsis.”

The protein secreted by roundworm is apparently able to suppress inflammation and those infected worms usually benefit from reduced inflammation when suffering from allergies and autoimmune diseases. ES-62 supposedly has therapeutic ability to improve recovery in septic shock by curbing and restricting catastrophic inflammatory responses while allowing for bacterial clearance to occur. Accurate management of ES-62, or a synthetic small molecule derivative, alone or in combination with antibiotics can purportedly treat shock as well as other inflammatory diseases.

The research is published in Nature Immunology.