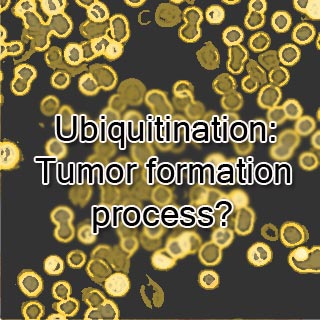 Researchers are believed to have found an important process in cell growth which could lead to the formation of tumors. Experts involved in the research were from the Sichuan University in China and the Department of Basic Medical Sciences at Purdue University.

Xiaoqi Liu, an assistant professor of biochemistry, found that tumor is created at the time of cell development when there is an apparent accumulation of polo-like kinase1 or Plk1 molecule along with the lack of p53 molecule. Supposedly, within Liu’s laboratory, studies have illustrated that the Plk1 molecule indirectly attacks p53 in a process called ubiquitination.

Liu said that, “This provides the mechanism for how p53 loses its function in cancer cells. If we understand how the cancer forms, then we can create a more useful therapeutic approach to treating that cancer.”

It was believed that at the time of cell growth, Plk1 utilizes its protein kinase activity called phosphorylation. Apparently, protein kinase is formed when a phosphate group is added to a protein called Topors. During the ubiquitination process, Topors attaches itself to p53 molecules. Phosphorylation is mainly a directive from Plk1 to raise its ubiquitination activity, which destroys p53 molecules.

Liu was of the opinion that p53 may possibly be considered as a protective force. Allegedly, Plk1 becomes stronger, as soon as Topors destroys that force. This permits the cells to turn cancerous.

“We’re trying to understand how p53 is regulated. We want to keep p53 as normal as possible. In about 50 percent of cancers, p53 had lost its function, and there was too much Plk1. Since Plk1 is over expressed in cancers, it is a cancer therapy target,” Liu further added.

In addition, Topors may attach itself to p53 molecules and produce more molecules. This function performed by Topors was termed as sumoylation. In order to show how p53 molecules were affected, Liu was believed to have forced cells in his lab to undergo the ubiquitination or sumoylation process. Allegedly, Liu has stated that the reason is still unidentified as to why the Plk1 molecule prefers to begin ubiquitination over sumoylation.

According to him, the subsequent step in the research is to examine diverse Plk1 inhibitors to notice how they affect the phosphorylation process. This research claims to have been funded through a Howard Temin Award from the National Institutes of Health.

This research has been published in the online publication of the Journal of Biological Chemistry.