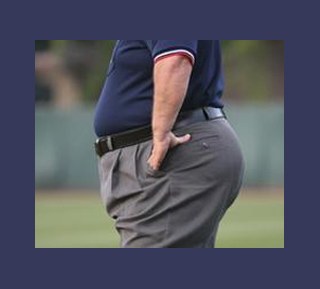 Obesity, a growing and serious health issue seems to be the result of greater food availability. It is known that obesity paves way for a number of ailments, including diabetes, heart disease and stroke. A latest study undertaken by the Oxford University asserts that greater food availability and less exercise enabled average man to gain tremendous weight by the year 2000 than in 1986.

During the study, investigators scrutinized data on body weight and alterations in the amount of food people consumed over the 15-year time period. It was observed that an average man in 2000 ate more food than the average 1986 man. Scientists conclude that men in 2000 were 4.7 kg heavier that those in 1986. Also an elevation in average male weight of 7.7 kg appeared because of the extra food available to men in 2000. Extra food along with a reduction in physical activity supposedly increases weight.

It was affirmed that bigger men face a greater threat of being diagnosed with heart disease. While 7 percent men in England were considered obese in 1986/7, by 2008 it seemingly raised to 25 percent. Dr. Peter Scarborough of the Department of Public Health at Oxford University, lead investigator and colleagues has put forth the importance of regular exercise and a balanced diet for men.

The research is published in the British Journal of Nutrition.