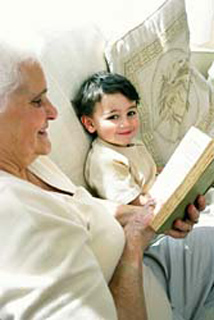 A new study has shown that activities that stimulate the brain like reading newspapers or playing chess, reduces the risk of the elderly developing Alzheimer’s.

For the study, researchers at Rush University Medical Center followed over 700 people in Chicago, with an average age of 80 for up to five years. These participants formed part of the Rush Memory and Aging Project, a longitudinal study of more than 1200 older people.

Of the participants, 90 developed Alzheimer’s disease.

Researchers also performed a brain autopsy on the 102 participants who died.

This association remained after controlling for past cognitive activity, lifetime socioeconomic status, and current social and physical activity.

“Alzheimer’s disease is among the most feared consequences of old age. The enormous public health problems posed by the disease are expected to increase during the coming decades as the proportion of old people in the United States increases. This underscores the urgent need for strategies to prevent the disease or delay its onset,” saidRobert S. Wilson, PhD and study author.

This study also found that frequent cognitive activity during old age, like visiting a library or even ending plays was associated with reduced risk of mild cognitive impairment, a transitional stage between normal aging and dementia, and less rapid decline in cognitive function.