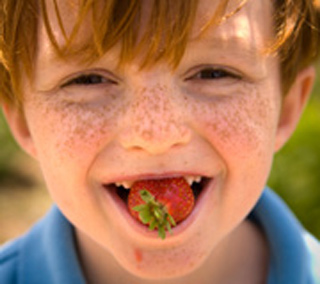 Taste disorders seem to be on a rise among Australian kids. Investigators from the University of New South Wales (UNSW) claim that 10 percent of children aged between 8 and 12 are unable to correctly identify a taste as sweet, salty, bitter or sour. It was pointed out that aboriginal kids may fare even worse in determining a taste.

Scientists presume that taste disorders play a significant role in eating behavior and could be one of the contributing factors to the rising epidemic of childhood obesity as well. In order to ascertain the prevalence of taste disorders among Australian children, authors tested 432 children aged between 8 and 12 from six public schools in Dubbo in central western NSW. The cohort included 166 Aboriginal children and 266 non-Aboriginal children.

“The World Health Organization defines a taste disorder prevalence of greater than 4 percent in a population as a massive public health problem, so there is an urgent need to confirm this result. Given the increasing evidence of a relationship between taste loss and eating disorders, the incidence of taste loss found in this study suggests that the health of many of our children is at risk,” said study author, UNSW professor of neuropsychology David Laing.

On completion of the study, 20 of the 166 Aboriginal students forming 12 percent and 21 of the 266 non-Aboriginal children representing 7.9 percent were seemingly diagnosed with taste disorders. Majority of the subjects allegedly faced issues in identifying ‘sweet’, with over two thirds presenting 65.9 percent of the 41 children with disorders unable to detect a sweet taste. It was also mentioned that many kids registered more than one taste disorder.

Impairment of taste can be triggered due to a variety of diseases and conditions including Bell’s palsy, renal failure and diabetes, disorders of the oral cavity or salivary glands, and middle ear infections. The high rate of middle ear infections in Aboriginal children under the age of six can supposedly shed light on the high prevalence of taste disorders in this group. Irrespective of the causes, the incidence of taste disorders in both Aboriginal and non-Aboriginal children appear high. Additional investigations can be triggered to analyze the dietary behavior of affected children.

The study is published in the journal Acta Paediatrica.