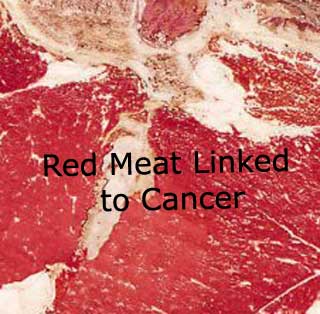 Red meat has always come under the scanner for its not very good effects on health. This time again there is a study proving that red meat can increase the risk of cancer. Giving it company are milk products which too have been determined to cause the same effect on human health.

According to Ajit Varki and his fellow reseacrhers at the University of California, San Diego School of Medicine, red meat and milk products promote tumour growth.

Apparently, a non-human cellular molecule called N-glycolylneuraminic acid (Neu5Gc) has been found tumour tissues in quantities more than normally found. It is a sugar molecule that gets involved in human body after the consumption of red meat.

In reaction to Neu5Gc our body produces anti-Neu5Gc anitibodies that causes chronic inflammation.

“The paradox of Neu5Gc accumulating in human tumors in the face of circulating antibodies suggested that a low-grade, chronic inflammation actually facilitated the tumor growth, so we set out to study that hypothesis,” said co-author Nissi M.Varki, M.D., UCSD professor of pathology.

Researchers conducted studies on lab mice who ingested red meat and induced in them tumours containing Neu5Gc and later administered in them the anti-Neu5Gc antibodies. Researchers discovered that the tumour growth rapidly increased in the mice. Later when the mice were treated with anti-inflammatory treatment the Neu5Gc antibodies and tumors reduced in size.