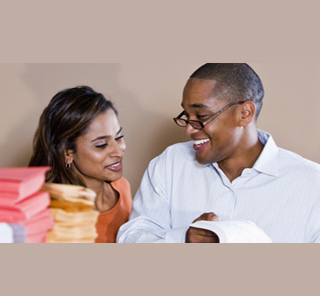 Want to live a long life? Well then get along with workplace colleagues. Yes, a recent study suggests that having a good peer support system at work helps live longer. This effect of peer social support on the risk of mortality appears most pronounced among those between the ages of 38 and 43. However, similar support from workers’ supervisors may have no effect on mortality.

At the time of the investigation, medical records of 820 adults were thoroughly inspected. These subjects were followed for 20 years, from 1988 to 2008 for suspected physical or mental health problems. All the study workers came from some of Israel’s largest firms in finance, insurance, public utilities, health care and manufacturing. They worked for an average of 8.8 hours a day and one-third were women. While 80 percent were married with children, 45 percent reportedly had at least 12 years of formal education.

“Providing partial support to our finding, a past study found that for women in blue-collar jobs, having low levels of control does not increase their risk of becoming ill with stress-related disorders,” lead researcher, Arie Shirom, PhD, said. “One limitation of the study was that the researchers did not have data on changes in workload, control or support during the 20-year period. “Still, we argue that other researchers have consistently found that the job characteristics of workload, control and support tend to be stable across time.”

All through the study, the physiological, behavioral and psychological risk factors were controlled. These factors are believed to interfere with total cholesterol, triglycerides, glucose levels, blood pressure, BMI, alcohol consumption, smoking, depressive symptoms, anxiety and past hospitalizations. Data on the control variables from each person’s periodic health examinations was examined through tests of physiological risk factors and a questionnaire filled in during the examinations by all participants.

Apart from this, volunteers were also subjected to another questionnaire that measured job demands, control at work and peer and supervisor support. During the 20-year follow-up period, 53 participants died. In conclusion, it was asserted that workplace control may have a positive impact on both men and women.

The study is published in the journal Health Psychology.