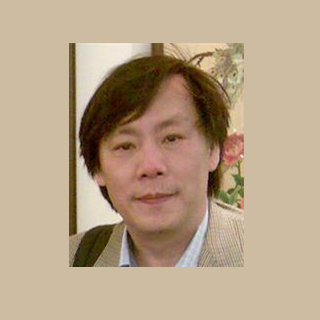 This news could surprise several people. Scientists claim that a molecular receptor essential to the action of male hormones like testosterone apparently also plays a vital function in the body’s capability to heal. Researchers from the University of Rochester Medical Center apparently discovered that this receptor, the androgen receptor, postpones wound healing. When researchers supposedly applied an experimental compound to obstruct the receptor, wounds are said to have healed much faster.

They are of the opinion that the outcomes in mice may provide novel insights into a possible fresh means to aid the body heal faster. They also lay importance on the fact that more research ought to be conducted prior to considering whether to explore the treatment in people whose wounds takes quite some time to heal.

Edward Messing, M.D., an urologist and surgeon at the University of Rochester Medical Center who did not participate in the research, commented, “This is a very interesting observation. For people at the marginal end of health – the elderly, or people who have impaired healing for other reasons, such as diabetes – maybe blocking the androgen receptor in certain cells could speed up wound healing and help prevent infections.”

The research was headed by Chawnshang Chang, Ph.D., director of the George Whipple Laboratory for Cancer Research and a widely recognized expert on the androgen receptor. The first author is ex- graduate student Jiann-Jyh Lai, Ph.D., who is currently a researcher at the University of Massachusetts.

The work is said to have shoved a sex hormone front and center into one of the most significant and invasive procedures of the body. Inflammation is believed to be vital for letting the body heal from wounds and to battle off intruders. But when our inflammatory reaction goes further than what’s essential, or if it takes place in the wrong time or place, it is quite harmful for our health and could be fatal.

By recognizing the androgen receptor as a vital player in at least one type of inflammation, the research is said to unlock a novel window for scientists examining dispartites between the genders when it comes to autoimmune or inflammatory diseases.

Lai remarked, “Many inflammatory diseases, such as atherosclerosis and asthma, manifest themselves differently in the genders, indicating that sexual hormones could be involved. We’ve found that the androgen receptor plays a role regulating the inflammatory response in wound healing. It will be very interesting to see if the receptor plays a similar role in other diseases.”

To obstruct the receptor and speed healing, the team is believed to have used ASC-J9, a synthetic chemical compound. Chang’s present research apparently looks into in a thorough way into the molecular underpinnings of wound healing. When one gets injured, innumerable cells supposedly hurry to the scene. A few cells call for assistance by transmitting specific chemical messengers. The remaining cells are believed to perform as dispatchers to enlist more responders to the scene.

The team discovered that the androgen receptor apparently stimulates white blood cells called macrophages to generate a chemical messenger known as TNF-alpha. This in turn is believed to fuel the body’s inflammatory response. The receptor also appears to play a function in enrolling macrophages to the spot of injury. When the team obstructed the receptor, there seemed to have been lesser macrophages and less TNF-alpha at the wound site, and the wound apparently healed much more swiftly.

Closing off the communication between the androgen receptor and androgen hormones such as testosterone is claimed to be an objective in numerous areas of medicine. Patients with advanced prostate cancer are generally treated by doctors by using this action. For a few patients, doctors recommend ‘chemical castration’ and close down the body’s stock of hormones such as testosterone. This may cause acute, general side effects that could comprise of impotence, loss of libido, osteoporosis, and fatigue.

Scientists like Chang are claimed to be seeking another way to avert that same communication, by closing down the androgen receptor itself in chosen tissues but keeping the run of hormones undamaged.