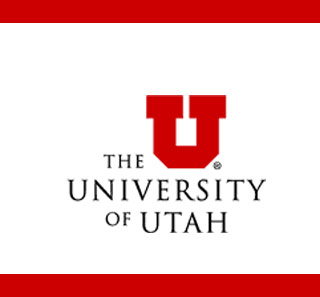 Pick just an average passerby and more often than not when the topic of discussion is health, longevity surely finds a mention. The latest study to have pinned down on this factor is rather interesting. A new University of Utah study suggests that in comparison to other mothers, those who’ve delivered twins show a longer life span.

Contrary to popular assumption, having twins is not healthy but rather healthier women have a higher likelihood of delivering twins. At least that’s what demographer Ken. R. Smith, senior author of the study and a professor of family and consumer studies has to say.

“Having twins will not make you stronger or healthier, but stronger, healthier women are more likely to have twins naturally,” adds Shannen Robson, the study’s first author and a recent Ph.D. graduate in anthropology at the University of Utah.

Smith adds, “The prevailing view is that the burden of childbearing on women is heavier when bearing twins. But we found the opposite: women who naturally bear twins in fact live longer and are actually more fertile.”

As part of the study, data from 58,786 non-polygamous Utah women born between 1807 and 1899 and who had survived up to age 50, had been married once post 1850 to husbands who had been alive when their wives were that age was considered. Among these, around 4,603 were mothers to twins and 54,183 delivered just a single baby at one time. Twinning is seen to sometimes occur in families while earlier findings also indicate environmental factors to play a role. Tailored to analyze the impact of natural twin births, the study population is noted to have lived prior to birth control and infertility treatments had marked their presence.

“We’re saying that women who twin naturally have something that makes them healthier,” says Smith. “We are able to see that in these ancestral women because they had many children and had no fertility treatments. They have left a legacy through their descendants who may all share this desirable trait of being healthier.”

Additionally, the study is said to have distinguished women born between 1870 and 1899 apart from those born prior to 1870. In both groups, it was observed that twin moms were physically more up to the snuff than mums who had borne just one child. Triplets or other multiple births were not investigated mainly because their figures were comparatively less, despite the huge population sample. Neither the study nor the database marked off fraternal from identical twins. The data was also adjusted to have a number of factors statistically controlled. The findings were all in comparison to mothers of singleton births.

Post menopause, mothers of twins appeared to live longer. Before 1870 in the course of pioneer times, it was a woman’s inherent robustness that was very significant. This was after all the factor that apparently increased the chances of making twins. Furthermore, women who delivered twins had more offspring than anticipated – the birth of twins was an obvious reason. Mothers of twins were also seen going a shorter time between births, probably indicating physical health of the mother. Even after controlling for marriage age, the span of reproduction was seen to be longer for mothers of twins. Finally, at the time of their last birth, moms of twins were older.

The study was slated for online publication in the journal Proceedings of the Royal Society B.