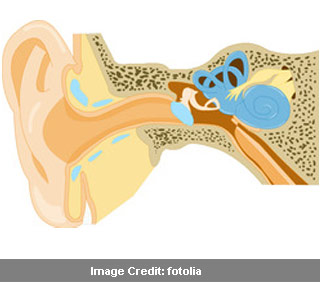 It now seems that excessive noise is not the only thing that causes damage to hearing. In a major breakthrough, researchers from the Max Planck Institute for Molecular Genetics in Berlin found a new genetic cause of progressive hearing impairment. They believe that mutations of the small muscle protein (SMPX) gene cause hearing impairment. The research discovery may open doors to novel treatments for the condition.

In the course of the investigation, scientists registered over 50 genes with different functions that could be considered as possible triggers of the disease. Yet, it was mentioned that the cause of the condition differs from case to case. The gene reportedly plays a vital role in skeletal muscle and the heart. The disease-causing mutation possibly involves the substitution of a single base in the genetic material. Apparently, the mutation in the genetic code results in a premature stop codon.

“Our discovery makes hearing impairment easier to diagnose. Up to now, we could only speculate about the function of the SMPX protein. The next step is to identify the precise role that the protein plays in the hearing process by carrying out functional tests. When we know the precise mechanism at work here, we can carry out further research and possibly develop new treatment options,” shared Vera Kalscheuer, a scientist at the Max Planck Institute for Molecular Genetics.

Additionally, scientists thoroughly scrutinized a family that had experienced hereditary hearing impairment across five generations. The focus was on concentrated and sequenced genes of the X chromosome. It was concluded that all the family members allegedly had base substitution in the SMPX gene which led to deafness.

Researchers have also laid hands on a second mutation that can trigger deafness.