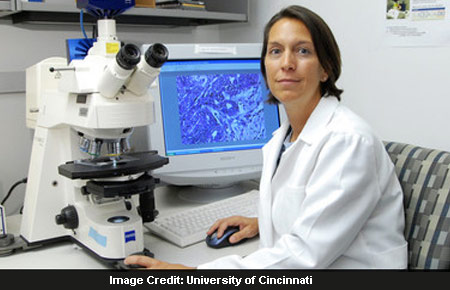 Statistics show that approximately more than 2,000 people experience acute liver failure each year. Liver transplantation seems to be the only known treatment and individuals with such a condition may die within a few weeks. Scientists of a research conducted by the University of Cincinnati reveal that penetration into the biological mechanisms which lead to acute liver failure could possibly help scientists comprehend and eventually treat a wider sequence of liver diseases.

As a part of the preclinical research and to get a clearer view of the series of events that lead to liver failure, investigators examined the Ron receptor tyrosine kinase which is a particular cell receptor. This receptor is a protein on the cell surface that is used in the activation of certain body functions. It is present in two major types of liver cells, the hepatocytes that work towards the detoxification of body and the macrophages also known as Kupffer cells that adjust inflammation.

The result seemed to invoke two opposite directions. The team found that removal of the Ron receptor tyrosine kinase in the Kupffer cells seemed to affect the survival of the liver cell and accelerated liver failure. On the same lines removal of the same receptor from hepatocytes seemed to have a positive and protective effect by ceasing the development of liver failure and improved survival. According to investigators this information apparently gives way to a strong molecular target for drug therapies that strive to increase the lifespan of patients with acute liver failure.

“We’ve shown that the liver has a set of dueling forces going on, so if you could generate a drug to selectively target Ron in specific cell types, you might have a larger impact—not only on acute liver failure but also in other areas that might attack the liver and lead to liver injury,” commented Susan Waltz, the principle investigator, PhD, a professor of cancer and cell biology at the UC College of Medicine and researcher with the UC Cancer Institute.

Waltz added that they now plan to look into the role of Ron receptor tyrosine kinase in a wider group of liver diseases such as fatty liver disease. They aimed to see if selective targeting Ron in liver cells could result in another cellular target that could help halt liver disease.

The research is published in the May 2011 issue of the scientific journal Hepatology.