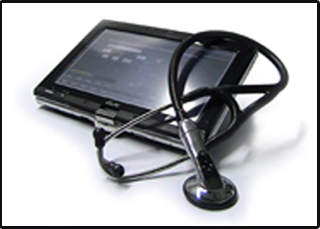 Heart disease is predicted to be a major cause of worry worldwide. Reportedly, it is the leading cause of death in the UK. A Queen Mary, University of London (QMUL) team has now revealed a unique computer-based technology called DigiScope. This technology seemingly synchronises the various sounds collected by the new stethoscope and which make up a human heartbeat.

The achieved sound can be supposedly analyzed through the independent component analysis (ICA) technique and data presented on a laptop or desktop computer in easy-to-understand graphs. It presumably provides a visual representation of the heartbeat and any anomalies in it. Scientists claim that the ICA is only able to keep an eye on heartbeats if all the different sounds that make up an individual’s heartbeat are brought together as one overall sound.

“It’s the multidisciplinary character of this exciting international collaboration that has enabled it to produce such a promising outcome. Two prototype DigiScopes are already in use to test their capabilities. The development will not remove the need for specialist cardiac units, it will simply make it easier to identify potential heart problems at an earlier stage,” remarked Professor Mark Plumbley, who has led the QMUL work.

Appearing very much similar to a conventional stethoscope, the new stethoscope captures four sounds one after another. The computer-based technology then transforms these separate sounds into one combined signal which ICA can now process. It was concluded that the new synchronisation technology help fill the gap between the novel stethoscope and ICA.

This technology was revealed on 25 May at the 36th International Conference on Acoustics, Speech and Signal Processing held in Prague in the Czech Republic.