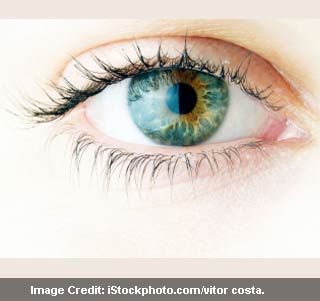 The human visual system is not only difficult to understand, but also appears to amalgamate several complex mechanisms. Biologists have now caught sight of a key regulatory mechanism employed for gene expression in the visual system. The discovery can possibly help comprehend the complexity behind the genetic make-up of biological systems.

During the research, investigators thoroughly scrutinized the photoreceptor cells in the retina of the fruit fly Drosophila. This model is believed to have crucial importance while analyzing eye development and helps deduce how the visual system functions when its different elements are affected. Although several specific roles of many genes have previously come into the limelight, the ways in which these genes interact are not well understood.

“We know that genes work in combinations, but the coherence of interactions across cell types is not well understood. We show how these networks function across several different cell types—this mechanism makes sure that Rhodopsins are in the right cells,” elucidated Robert Johnston, a post-doctoral fellow in the laboratory.

Researchers observed that a particular gene is a vital node in this network. It possibly controls the expression of several rhodopsin genes in the visual system. Scientists particularly assessed the way this network may be involved in Rhodopsin expression. As compared to normal and mutant visual systems, the transcription factor gene defective proventriculus (dve) seemed to be a critical node in the network regulating Rhodopsin expression. The dve mutants in Rhodopsins are supposedly expressed in the motion detecting photoreceptors. And this mutation presumably paves way for defects in light detection.

It was mentioned that the dve gene may be a shared component of two opposing, interlocked feed-forward loops (FFLs) that serve as important network motifs regulating gene expression. Especially in one FFL, dve supposedly acts to repress Rhodopsin expression in the motion detecting photoreceptors. Additionally, in the color vision photoreceptors, a second FFL seemingly relieves repression by dve while activating Rhodopsin expression. Hence, it can be assumed that this network acts as both restrict and induce cell type-specific expression. The interlocked FFL motif allegedly is a general mechanism to control gene expression.

The research is published in the journal Cell.