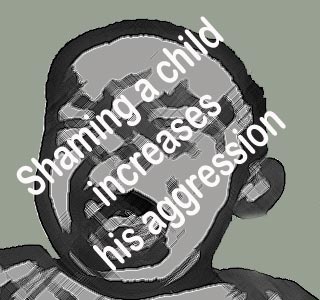 A recent study states that high self-esteemed early adolescents, when put to shame, are more prone to aggression; as compared to their lower self-esteemed counterparts.

An online experiment was conducted on more than 150 children from Michigan middle school, aged from 10 to 13. Prior to the experiments, questionnaires were filled out by the children, to evaluate their self-esteem levels and narcissism.

Brad J. Bushman, psychologist from University of Michigan, says, “Young teens with low self-esteem apparently don’t feel the need to protect their punctured egos.” Along with Bushman, the study was co-authored by his colleagues from VU University and Utrecht University, The Netherlands.

The researchers assessed the children’s self-esteem by monitoring their perception of their own self, satisfaction with themselves and their lives. They were asked questions like; “Some kids like the kind of person they are,” or “Some kids are not happy with the way they do a lot of things.”

On the other hand, questions to evaluate narcissist feelings included, “Without me, our class would be much less fun,” or “Kids like me deserve something extra.” Narcissism included an exaggerated perception of themselves, an inflated feeling of superiority and exploitative interpersonal attitudes.

The children were told that they were competing against other children of the same sex and age on an Internet reaction-time game. However, evidently in reality they were competing against the computer itself. The children were informed that after winning the tournament, they could blast their opponent with a loud noise. Some kids were randomly chosen for the “shame condition.” Evidently, these kids were told that their opponents were one of the worst players in the supposed tournament, and thus apparently they could effortlessly win against them. However, after losing the game, the kids believed that their last-place ranking would be displayed on a website.

The study author’s stated that, “Narcissists seem highly motivated to create and maintain a grandiose view of self. They tend to interpret social situations in terms of how they reflect on the self, and they engage in self-regulatory strategies to protect self-esteem when they need to. As shameful situations constitute a threat to grandiosity, narcissistic shame-induced aggression can likely be viewed as defensive effort to maintain self-worth.” The study of the narcissist kids revealed that after getting shamed, apparently they got more aggressive as compared to the other kids.

The study author’s apparently say that they could not detect any of the traditional views associating low self esteem with aggression. On the contrary, they found a link between high self esteem and narcissistic shame-induced aggression.

Their findings are published in the Child Development issue.