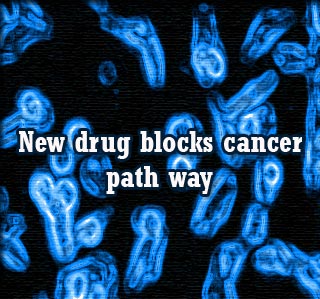 Scientists have found a novel drug which could lower the growth of tumors in mice by nearly 98 percent. Researchers from Cancer Research UK’s Centre for Cancer Therapeutics at The Institute of Cancer Research (ICR) along with the biotechnology company Piramed, presently owned by Roche worked on this research.

Scientists claimed to have utilized markers in order to show how the drug works by targeting the PI3 kinase pathway. This pathway is believed to be associated to the growth and spread of many cancers. It was observed that the drug works by blocking this pathway which is frequently ‘hijacked’ in human cancers which consequently allows them to grow and spread.

Lead author of the article describing the pre-clinical lab studies, Professor Paul Workman, director of the Cancer Research UK Centre for Cancer Therapeutics at the ICR said that, “We know the PI3 kinase super-highway is hijacked in many cancers. We show here that GDC-0941 works in the way it was designed to, inhibiting the PI3 kinase pathway and blocking tumor growth.”

In addition, the drug also seems to correct damaged genetic signals that cause unrestricted cancer progression. Also, it prevents the function of cells in the body which support tumor by means of angiogenesis.

Workman further stated that, “Our hope is that that we have created a potent anti-cancer weapon that directly targets the processes which feed the cancer cells while sparing most of the healthy cells. But it’s early days and we still have a lot to learn about the potential of this drug. The next step is to see if the drug targets human cancers as effectively.”

The Institute of Cancer Research’s chief executive Professor Peter Rigby stated that, “We are very excited about the promise this drug is showing in targeting a range of cancers in the laboratory, and look forward to the results of the ongoing clinical trials.”

“We’re delighted to see our investment over many years in understanding this aspect of cancer bear fruit in the form of a drug that is showing promise in early studies. We hope further investigation into this drug will continue to yield positive results which could lead to a powerful new weapon to treat a wide range of cancers,” says, Harpal Kumar, chief executive of UK’s Cancer Research.

The researchers who conducted these laboratory studies were of the opinion that GDC-0941, licensed to Genentech by Piramed, may have potential in an extensive range of human cancers.

The findings have been published in Molecular Cancer Therapeutics.