Idiopathic Infantile Hypercalcemia (IIH) is known to be among the top ten most commonly inherited diseases. Estimates point at almost one in every 47,000 people to suffer from the condition. 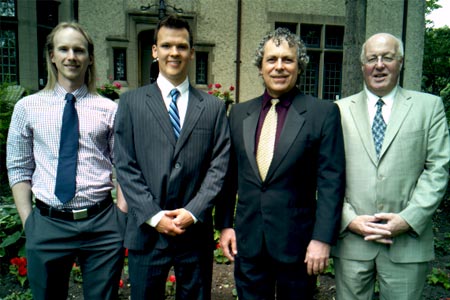 With there being no method of confirming IIH’s diagnosis until now, this new finding seems significant. A revolutionary genetic research by scientists at Queen’s University is said to have been able to expose the defect behind the hereditary children’s disease. Researchers share that they have apparently developed the first genetic and biochemical tests to identify the disease positively.

“Developing a positive diagnostic test for IIH is a major step in understanding this disease. We hope the test will be made available for the approximately 600 Canadians who may be afflicted with IHH,” mentions co-lead researcher Glenville Jones, a professor in the Department of Biomedical and Molecular Sciences.

IIH, according to the scientists restrains the body’s capacity to break down vitamin D. This in turn is known to result in the blood having excess calcium. Supposedly children suffering from the disease appear to show calcifications and tissue hardening throughout the body. The condition may also be accompanied by calcification of the kidneys and renal failure.

“This is classic case of research going from the bench to the bedside,” elucidates Dr. Jones. “Our research started in the laboratory but the findings will have a definite impact on the health of Canadians.”

Pediatricians Martin Konrad and Karl-Peter Schlingmann from the University Children’s Hospital in Munster, Germany have also collaborated for this investigation. The Canadian Institutes of Health Research is further revealed to have funded the analysis in part.

The New England Journal of Medicine has published these findings.