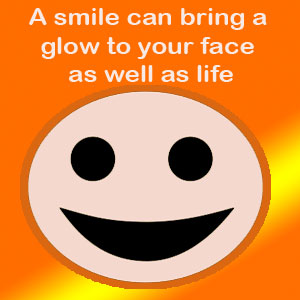 Another reason to be happy is that it is proved that positive moods help in a better and optimistic foresight. A new study in the Journal of Consumer Research supports this claim. For this study the researchers looked deeper into the scientific logic behind the simple norm of surrounding oneself with positive things.

The study’s authors are Aparna A. Labroo and Vanessa M. Patrick from the University of Chicago and University of Georgia, respectively. They say, “A positive mood enhances efforts to attain future well-being, encourages broader and flexible thinking, and increases openness to information.”

In the follow-up studies, these volunteers were asked illustrate either their happiest or unhappiest day in their life. The main aim was to induce the participants with positive or negative moods. After that the participants were asked to answer three different questionnaires, in order to establish the level of abstract versus concrete thinking. The result of all the three questionnaires were same, thinking of the people in good mood was more abstract.

“The research demonstrates that by signaling that a situation is benign, a positive mood allows people to psychologically distance themselves from the situation.” In other words, the authors say that being in a good mood permits people to emotionally take a step back.

The authors conclude by saying that, people in good mood aim for higher goals in life, they work harder to strive for it.