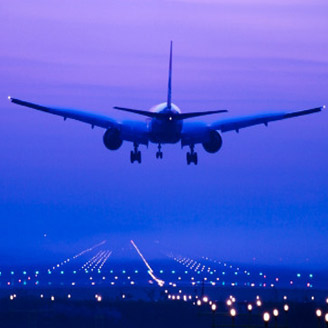 Living near an airport is not only noisy, but it can also be unhealthy, according to researchers. This is because airplane noise and even traffic can increase your blood pressure, disturbing your sleep.

A team of European scientists led by Lars Jarup of Imperial College London conducted a study in which they monitored around 140 sleeping volunteers in their homes located near airports by checking their blood pressure every 15 minutes with remote devices.

They found that any noise louder than 35 decibels (which corresponds to a plane flying overhead or a heavy traffic vehicle), caused a boost in blood pressure. Strangely, the study said that even a partner snoring loudly could produce the same effect.

“Living near airports where you have exposure to night-time aircraft noise is a major issue,” said Jarup.

Their blood pressure rose whether or not they were awake.

The decibel level, not a sound’s origin, was the key factor, but aeroplanes had the most significant impact, Jarup says.

Further, an earlier study of around 5000 people found that an increase in night-time aircraft noise of 10 decibels increased the risk of high blood pressure by 14% in both men and women.

Both these studies have appeared in the midst of a continuing controversy over a proposed new runway at London’s Heathrow airport, which is known for being one of the busiest international airports in the world.

“It is clear that measures need to be taken to reduce noise levels from aircraft, in particular during night-time, in order to protect the health of people living near airports,” he said.