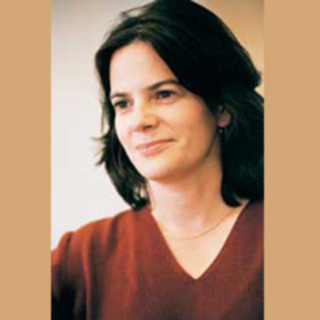 Sleep apnea is a sleep disorder that causes disturbed breathing and sleep along with less intake of oxygen. A study conducted by scientists at the University of California, senior women who are diagnosed with sleep apnea apparently face a doubled chance of developing dementia in 5 successive years than those who do not suffer from this condition.

The study puts forth that sleep apnea which tends to reduce the amount of oxygen supplied to the brain and other organs may eventually harm cognitive ability. This analysis had 298 individuals without signs of dementia or noticeable cognitive impairments that helped the analysts to comprehend the link between sleep apnea and mental sharpness.

“This is the first study to show that sleep apnea may lead to cognitive impairment. It suggests that there is a biological connection between sleep and cognition and also suggests that treatment of sleep apnea might help prevent or delay the onset of dementia in older adults. While we cannot conclude from these results that SDB causes cognitive impairment, our study suggests that it may at least be a contributing factor,” shared study leader Kristine Yaffe, MD, professor of psychiatry, neurology and epidemiology at UCSF and chief of geriatric psychiatry at SFVAMC.

Around 10,000 women above the age of 65 were included from another continuing study and their cognitive as well as mental abilities were inspected. They were examined in Mineapolis and Pittsburgh clinics. Those who showed symptoms of moderate forms of cognitive impairment or dementia were excluded from the study. After a span of 4 years, sleep specialists visited the homes of these women and observed their sleep patterns by utilizing specialized equipment for the same.

The device calculated their brain reactions, heart rhythm, leg motion, airflow, breathing actions in the chest, and abdomen along with the oxygen content of blood as it went though their fingers. It precisely measured the frequency of sleep apneas or hypoapneas and the duration of oxygen shortage.

After a span of 5 years following the first home trial, the women underwent a larger battery of tests that noted their cognitive abilities, memory and verbal fluency. The trial was inclusive of the Mini-Mental State Examination, the California Learning Verbal Test and a test of executive function called Trails
B.

Women who were found to have mild cognitive issues were reassessed by experts for confirmation. Yaffe and her team found that nearly one third of all women seemed to develop dementia or mild cognitive impairment. It also came to light that those with sleep apnea were 2 times as likely to develop mental declination as their counterparts.

Of those who faced sleep-disordered breathing, around 44.8% of them encountered dementia or mild cognitive problems as compared to the 31.15 who did not face breathing conditions. The revelations say that the basic factor contributing to deteriorated cognition was lack of oxygen or hypoxia. Women facing frequent episodes of hypoxia or who spent more amount of time in this state were likely to have cognition impairments.

Contrarily, there seemed to be no link between dementia and the number of times patients woke up to breathe. Initial analyses have shown that oxygen therapies may delay Alzheimer’s patients’ cognitive damage. This study puts forward that elderly people with sleep apnea should be given oxygen therapy to slow the process of mental damage.

The findings are published in the August 10 issue of the Journal of the American Medical Association.