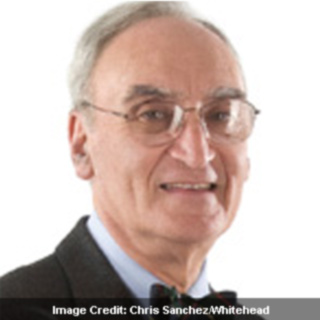 Some of the intruding fungi trick the immune system and gain an entry into the body to cause infections. A research conducted by Whitehead Institute scientists has put forth a mechanism by which immune cells can discriminate between infectious and non-infectious fungi and regulate the immune function suitably.

The research is based on initial analysis that showed how specific immune cells called macrophages tend to gauge if a foreign cell is a fungus. The protein dectin-1, which inhabits the macrophage cell membrane, identifies beta-glucan. The latter is a sugar molecule that holds the cell walls of fungi. As soon as dectin-1 detects beta-glucan which signals fungal attack, it invokes an array of responses in its macrophage. These are inclusive of gobbling up the complete fungal cell, creation of reactive oxygen species (ROS) that are hazardous to the fungal cell, and release of inflammatory cytokines as well as chemokines which unite all the immune cells to put up a fight.

“Until now, we didn’t know that dectin-1 requires a partner to modulate its response, depending on if the fungi are pathogenic or non-pathogenic. With this work, we determined the way that immune cells discriminate between pathogenic and non-pathogenic fungi,” cited Alexandre Esteban, a postdoctoral researcher in the lab of Whitehead Founding Member Gerald Fink.

With a view to examine dectin-1’s responses in live cells, researchers tagged the protein as it entered the cell membranes of macrophages. This tagging technique put forth by Maximilian Popp does not disturb the functioning of other cells. Unlike former methods, this one involves attaching a 2 kilodaltons weight as the tag which is also very bright. They also seem to cling to dectin 1 by excluding all other surface molecules. The team then found out that dectin-1 appears to hook up to the protein galectin-3 in macrophages. The latter are known to spot harmful fungi, however their contribution in immune response is not yet unmasked.

According to Esteban, as per mice macrophages, galectin-3 makes up for a major disadvantage of dectin-1. The immune system apparently relies on dectin 1’s capability to recognize beta-glucan. But owing to widespread human and fungal interactions, the fungi have learnt to camouflage and hide their beta-glucan with some sort of shag carpet of proteins and other surface level sugar molecules. Galectin-3 spots and then clings to particular sugar molecules from the exterior that is supposedly present in just the pathogen Candida albicans. Such identification appears to flag the fungal cells as pathogens and adjusts dectin-1’s immune responses thereafter.

Until now the scientists were not aware that dectin 1 requires a partner to distinguish between pathogenic and non-pathogenic fungi. This study has unraveled this method which immune cells employ to be on guard against intruding pathogens. Esteban concludes that the role played by galectin-3 in the immune system may pave way for understanding of invasive fungal infections. This would aid in developing new targets for antifungal drugs.

The research is published in the journal Proceedings of the National Academies of Sciences.

People with severe H1N1 seem to be more prone for pulmonary...