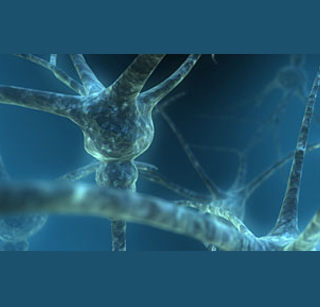 Cellular bilingualism is known as a phenomenon that enables a single neuron to use two different methods of communication for exchanging information. A team of investigators from the University of Montreal and McGill University have now discovered a type of cellular bilingualism that can help in unlocking the secrets of brain disease. The research findings may aid in detecting mechanisms that disrupt the function of dopaminergic, serotonergic and cholinergic neurons among diseases such as schizophrenia, Parkinson’s and depression.

At the time of the investigation, it was suggested that majority of the neurons within the brain regulate cerebral activity by simultaneously employing two chemical messengers or neurotransmitters. This mode of communication can be possibly termed as ‘cotransmission.’ It is believed that the neurons of the nervous system present in both the brain and the peripheral nervous system are classified on the basis of the main transmitter put to use.

Dopaminergic neurons allegedly use dopamine as a transmitter to communicate important information for many different phenomena, namely motivation and learning. The malfunction of these neurons is probably involved in serious brain diseases like schizophrenia and Parkinson’s. In the course of the research, experts enlightened that dopaminergic neurons employ glutamate as a second transmitter. So they are possibly able to transmit two types of messages in the brain, on two time scales. The fast one may be for glutamate, and the slower one for dopamine.

Dr. Louis-Eric Trudeau of the University of Montreal’s Department of Pharmacology and colleagues also carried out other investigations which concluded that the same kind of bilingualism in brain neurons uses a group of cells called serotonin. This group of cells presumably communicates important information to control mood, aggression, impulsivity and food intake. Bilingualism apparently employs serotonin along with acetylcholine, which is a vital messenger for motor skills and memory. This messenger appears unbalanced due to Parkinson’s disease, antipsychotic drugs and drug addiction.

The research was published in the Nature Reviews Neuroscience journal.