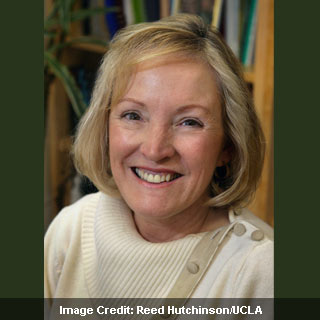 These three attributes are very essential for facing everyday stress and depression. The gene namely oxytocin receptor gene (OXTR) is a hormone whose levels seemingly elevate while reacting to stress and is also related to good socializing such as feelings of empathy and enjoying being in a group.

“I have been looking for this gene for a few years, and it is not the gene I expected. I knew there had to be a gene for these psychological resources,” commented Shelley E. Taylor, a distinguished professor of psychology at UCLA and senior author of the new research.

As a part of the study, 326 people were made to undergo a survey where they were checked for attributes of self esteem, positive attitudes and mastery. Subsequently, the DNA from the subjects’ saliva was analyzed for the variants in the OXTR gene. They were also told to fill questionnaires for gauging their depressive symptoms and risk for mental health issues.

The experts found that at a specific region, the oxytocin receptor appears to have 2 versions an ‘A’ known as adenine variant and a ‘G’ called the guanine variant. Initial studies have revealed that persons with a minimum of one A variant seem to have weak social skills, increased reactivity to stress and bad mental responses.

The analysts found that individuals with 2 ‘A’ nucleotides or 1 ‘A’ and 1 ‘G’ variant at this particular area on the oxytocin receptor gene supposedly have very low levels of optimism, self-esteem and mastery along with substantially greater proportions of depressive symptoms as compared to people with 2 ‘G’ nucleotides.

Taylor said that even those with variant A can cope with stress and depression. They ought to train themselves to think of good things in life, view themselves as better and increase self-belief. She concludes that though genes indicate actions and behavior, they do not determine it.

The findings are published in the journal Proceedings of the National Academy of Sciences (PNAS).