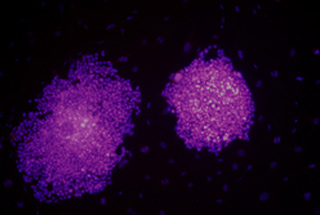 A study conducted 2 years back unfolded that bipolar disorder could have a genetic link. More recently, scientists from the University of Michigan are scrutinizing stem cell lines created from the skin of adults suffering from bipolar condition to gather insights on this mental condition. The findings include ways in which varied therapies influence gene expression along with detailed clinical and demographic information from cell donors.

The new stem cell lines produced by A. Alfred Taubman Medical Research Institute Consortium for Stem Cell Therapies, were apparently made of fibroblasts taken from skin specimens of adult research participants with and without bipolar disorder. In the laboratory, scientists are seemingly able to force these skin cells into acting like embryonic stem cells. These pluripotent stem cells or iPSC can be regulated to transform into various body cells inclusive of brain cells.

“Currently the best treatments for bipolar disorder are only effective for 30 percent to 50 percent of patients. New discoveries have been limited, in part due to the lack of access to tissue and cells from individuals with bipolar disorder. But that is now changing because of the Prechter research program and advances in stem cell research.” commented Melvin McInnis, M.D., the Thomas B and Nancy Upjohn Woodworth Professor of Bipolar Disorder and Depression at the U-M Medical School and associate director the U-M Depression Center.

The researchers were out to explore how neurons of an individual with bipolar disorder connect to varied links and their responsiveness to medications. Potential deficits in signaling pathways were also being explored. By far, the team has created 5 lines, however their objective is to produce 30 cell lines. Out of which 20 will be with bipolar disorder and 10 from the control group. Creation of each line is apparently a tough and costly process.

Stem cells are often used as a means of treating the disease, however, this seems to be one good example of how stem cell research could be used to analyze the working of the disease. The iPS cells appear to be renewable too, so they are touted to be an endless source of material and may pave way for therapies too. However, the analysts warn that treatments arising from this research are seemingly possible 10 years down the line or even more. This cognitive condition is carried in families which is why the investigators examined the disease genes. No specific gene can probably be linked to someone’s bipolar status but it does seem to stem from genetic causes. The Prechter Bipolar Genetic Repository is already a home for more than 1,500 genetic samples from persons with bipolar disorder and healthy controls from research at U-M. Additionally, secretive encrypted DNA repository samples and clinical data will be presented to scientists across the globe to share views for treating bipolar disorder. The Prechter longitudinal study already has data of more than five years.

According to McInnis absence of suitable treatment is one of the major causes of suicide or attempted suicide amidst bipolar disorder patients.