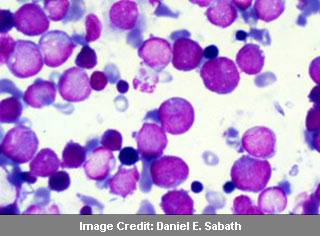 The mutations were apparently found in the GATA2 gene. It is known to perform many regulatory functions and acts as a primary control during the conversion of old blood-forming cells into white blood cells. The study group constituted 4 distinct families who had many relatives suffering from acute myeloid leukemia. The condition seemed to arise right from teens up to the onset of 40 and the process was seemingly fast.

The aforesaid genetic mutation was initially observed in a patient from central Washington. The individual was apparently treated for leukemia in 1992 by means of a bone marrow transplant. The scientists started investigating this case as the person also had many family members affected by myelodysplastic syndrome, myeloid leukemia and intractable mycobacteria infections. After analyzing several genes, the team finally stumbled upon the abnormal GATA2 genes found in more than 20 families and persons.

“It’s likely that this inherited error is more common than we had thought. In some families with a GATA2 mutation, the over-riding concern has been leukemia, while others suffer dangerous infections from bacteria, viruses and fungi because of a lack of white blood cells to fight off germs,” commented Dr. Marshall Horwitz, and other researchers.

The mutations of the GATA2 genes were also noticed in leukemia patients and were sometimes linked to deafness too. Furthermore, chromosomal loss of GATA2 adjacent genes seems to even cause a congenital syndrome related to developmental delay and myelodyplasia risk. Additionally, comparative GATA2 mutations were found in individuals with more usual and non-inherited forms of leukemia. The scientists wished to decipher why similar gene mutations in GATA2 lead to different health problems. Moreover, locating genetic errors in blood cancers was a challenge for scientists as compared to other cancers.

Initial studies unfolded the RUNX1 and CEBPA gene mutations to inherited forms of acute myeloid leukemia and myelodysplastic syndrome. While examining families who did not have these mutations and no explanation for their inherited blood cancer, the scientists found the GATA2 mutations. The latter supposedly leads to reduced functionality by disabling the gene to carry out the required molecular duties for the formation of healthy white blood cells.

Horwitz explained that the GATA2 mutations in DNA take place along an amino acid mutated in certain patients having terminal chronic myeloid leukemia. This possibility implies that a common pathway could be crucial for many different types of myeloid tumors. Persons at risk because of their ancestry subsequently receive trials to identify this genetic fault before the effects show up. Being aware of this genetic mutation will help in suitable follow-up along with proper diagnosis and treatment.

The report titled ‘The research for “Heritable GATA2 Mutations Associated with Familial Myelodysplastic Syndrome and Acute Myeloid Leukemia’ is published in the journal nature genetics.