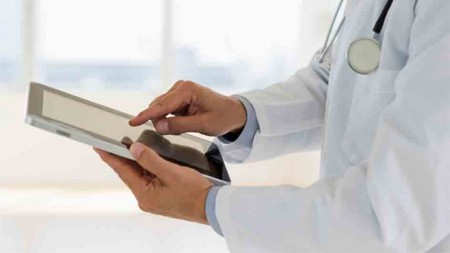 The key to combating Alzheimer’s disease lies in the early detection of the condition. With this view, the University of Cambridge neuropsychologists have apparently launched a GP version of a memory test to help identify Alzheimer’s at the earliest.

The trial is an objectively-scored GP assessment that may help distinguish between patients suffering from memory loss due to onset of Alzheimer’s and usual memory loss encountered as an aging consequence.The new neuropsychological tests called CANTAB have been in use in nearly 500 universities and hospitals across 50 countries. The first mobile version known as CANTAB Mobile is touted to be available for GPs in some months after tests are successful. The trial will seemingly enable scientists to triage patients exhibiting memory issues easily and with accuracy.

The objective of this app is to allow patient care and lessen the time taken for patients not performing the test correctly to be referred to a specialist Memory Clinic. The trial also includes a procedure wherein the patients will be provided an extensive program comprising care and guidance from local support services.

This is deemed to give them more opportunities to live independently and increase their life span thereon. Initially, GPs carry out memory screening on paper as a part of a mini mental state exam (MMSE). It involves asking the person simple questions and the marking scheme out of 30 is as per the discretion of the GP.

The CANTAB Mobile test is a visual memory trial, and does not include language, and is expected to differentiate the two patterns of memory loss. One of them due to dementia and the other as a part of the healthy aging process are to be gauged. It is supposedly devoid of error or misjudgment as the points scored are automatic and are relative to data of a multitude of individuals.

Professor Barbara Sahakian, Professor of Clinical Neuropsychology at the University of Cambridge, explained, “Alzheimer’s disease generally starts by affecting the hippocampal formation in the brain. This brain area is important for episodic memory, including locating objects in space, such as where you left the car in the car park. Therefore, the earliest way to detect memory problems in Alzheimer’s patients is to assess their episodic memory.

Another procedure termed as CANTAB Paired Associates Learning (PAL) uses reminiscence of where objects are located in space, developed for the early detection of Alzheimer’s disease. This process could be a new ray of hope for Alzheimer’s patients to undergo the right treatment before developing severe symptoms.

The test may be provided by a nurse in a waiting room and will be up for downloads as an app for iPad, and other mobile versions.