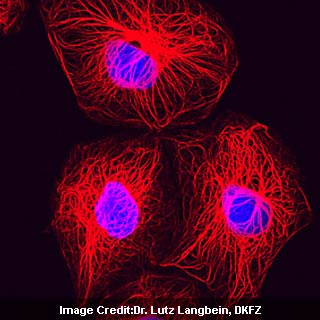 After walnuts were touted to have anti-cancer attributes, could there be any other plant source with similar effects? As per a study conducted by the German Cancer Research Center scientists, postmeno-pausal women with breast cancer may lower the risk of metastasis and mortality by almost 40% if they consume phytoestrogens.

Phytoestrogens are apparently plant compounds which can link to the female sexual hormone estrogen when consumed in our routine diet. According to the researchers they seemingly have cancer-shielding effects. In the typical western diet, the source of the aforesaid compound is lignan found in seeds specifically flaxseeds and even in wheat and vegetables. These substances are supposedly transformed into enterolactone in the bowel which is subsequently taken in by the mucous tissue and was used as a biomarker by the researchers in this analysis.

From the period 2002 to 2005, the scientists inspected blood samples of 1,140 women who tested positive for postmenopausal breast cancer. At an average time period of 6 years, they appeared to have a link between enterolactone levels and clinical cancer development. Women with high proportions of this biomarker seemed to be at a 40% reduced risk of death unlike women who had very low levels of the same. Moreover, the result was similar in case of disease progression.

The results looked prominent only in ER-negative tumors. This implies that enterolactone shields against cancer not just by its effect like hormones but is also independent of estrogen. It therefore, presumably supports cell death and prohibits creation of new blood vessels.

Further trials are required to gauge if enterolactone also helps control aggression of estrogen-positive tumors. The investigators recommend everyone to have a wholesome diet constituting seeds and vegetables as well as give up on their habit of consuming food supplements. The scientists are still unsure if lignans in the body replicate the hormone effect or counter it.

The study namely ‘Serum Enterolactone and Prognosis of Postmenopausal Breast Cancer’ is published in the Journal of Clinical Oncology.