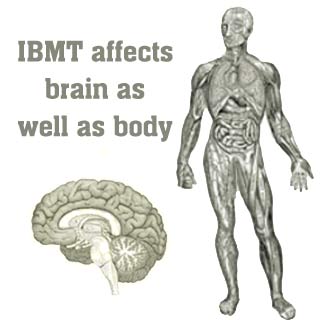 A team of experts have unraveled the mystery revolving around a unique mind-body technique which can seemingly boost the attention span and reduce stress in a person. More so, supposedly only five days of integrative body-mind training (IBMT) practice were believed to yield these magical effects. This mechanism was uncovered by the investigators from the University of Oregon (UO).

The IBMT practice was stated to have been adapted from traditional Chinese medicine about 20 decades back in China. It is believed to be practiced and followed by innumerable people over there.

Previous analysis on this practice was believed to have revealed that practicing IBMT before a math test perhaps lowered the cortisol stress hormone levels of the subjects. Along with this a decrease was also noticed in their level of tiredness, depression, and anger as compared to the subjects in a relaxation control group. This analysis was said to have been led by Yi-Yuan Tang, a visiting UO professor; and Michael Posner, a psychologist from UO.

Tang says that, “The previous paper indicated that IBMT subjects showed a reduced response to stress. Why after five days did it work so fast?” He also said that this practice transcended one in “a state of ah, much like in the morning opening your eyes, looking outside at the grass and sunshine, you feel relaxed, calm and refresh without any stress, this is the meditation state.”

In the present paper, the experts evidently analyzed the brain and physiological changes that practicing IBMT brought about. Apparently, Posner says that, “We were able to show that the training improved the connection between a central nervous system structure, the anterior cingulate, and the parasympathetic part of the autonomic nervous system to help put a person into a more bodily state. The results seem to show integration — a connectivity of brain and body.”

Both physiological and brain changes were noticed in the people practicing IBMT. More so the findings of a yet to be published UO study also seemed to yield similar results in favor of IBMT. This training technique may start showing results merely within five days of practice; however a good coach to guide one through this practice is considered vital.

The findings of the present paper was reported online prior to its regular publication in the Proceedings of the National Academy of Sciences.