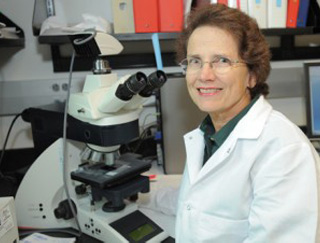 Amidst highly invasive treatments for cancer, can rich sources of antioxidants like walnuts be of any use? As per a research conducted by scientists at the Marshall University, the chances of developing breast cancer appeared to reduce substantially in mice when they included some proportion of walnuts in their diet.

The study analyzed the effects of usual diet and the one constituting walnuts through varied life cycles. Right from motherhood to the process of weaning and then direct consumption were observed. The amount used in the trial is parallel to nearly 2 ounces a day for humans. As per the outcomes, the set which received a diet comprising walnuts at both the above phases apparently developed cancer at half the rate of the group which had a normal diet. Additionally, even the sizes and the number of tumors were seemingly smaller in the former group.

“These reductions are particularly important when you consider that the mice were genetically programmed to develop cancer at a high rate. We were able to reduce the risk for cancer even in the presence of a preexisting genetic mutation,” commented lead researcher Elaine Hardman, Ph.D., of Marshall’s Joan C. Edwards School of Medicine.

The report states that the results do not specify if the advantages take place due to addition or elimination of substances. In this scenario, adding healthy lard and other matter implied that unhealthy fat was lowered to ensure the right balance of cholesterol. Initial studies have also shown that many ingredients of walnuts tend to reduce cancer risk and delay its progress.

By utilizing genetic analysis, the team found that the walnut diet presumably altered the reactions of multiple genes which relate to breast cancer in mice as well as humans. Further tests revealed that this anti-cancer effect was not completely due to omega 3 fatty acids but possibly due to rise in dietary vitamin E. Hardman outlines the vitality of diet in shaping good health. This study basically puts forth that more amount of walnuts if incorporated in a healthy diet may cut down the risk of cancer in future generations.

The research is published in the journal Nutrition and Cancer.