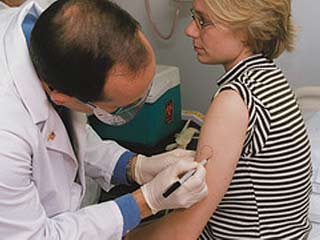 Lately, H1N1 vaccination programs have come into media speculation. On this front, a study by a Penn state professional has unfolded Twitter as a new way for people to open up about the new H1N1 vaccine.

Professor Marcel Salathe inspected tweets and comprehended how attitudes influence vaccination rates. He gauged how awareness spread among social circles. This study essentially shows how social media may have an impact on disease networks too. The lead author says he chose Twitter out of all sites due to many reasons. Specifically, because tweets are open to free public viewing.

Marcel Salathe, an assistant professor of biology, Penn State commented, “People tweet because they want other members of the public to hear what they have to say. Second, Twitter is the perfect database for learning about people’s sentiments. Tweets are very short — a maximum of 140 characters. So users have to express their opinions and beliefs about a particular subject very concisely.”

Salathe gathered nearly 477,768 tweets that contained keywords such as vaccination and other phrases related to it. Firstly, he put about 10% of those in a group and asked students of the University to express their opinion on the message. They were asked to rate them as positive, negative, neutral and irrelevant.

A computer programmer then created an algorithm to categorize the remaining tweets based on sentiments they invoked. The team then finally collected 318,379 tweets that presented positive, negative or neutral responses to H1N1 vaccine. Since Twitter users are known to also include their locations, Salathe could segregate the tweets as per places in the U.S.

Salathe infers that anti-vaccination communities could also be formed if they form a network leading to low immunization in high-risk places. He found that even herd immunity may not work since these groups exist in real geographical space.

Salathe also comprehended the sentiments of people over this vaccine. The lead scientist now plans to repeat this social media analysis for other conditions like obesity, hypertension and heart disease.

The findings will be published in the journal, PLoS Computational Biology.