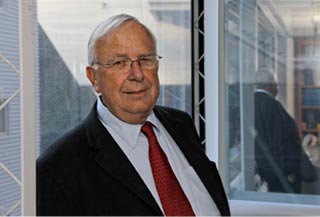 Anti-depressants are known to work effectively but there could be an array of effects associated with it. A research by experts from the University of Mississippi Medical Centre (UMMC) and the University of California has demonstrated that rats which consumed a commonly referred anti-depressant during growth phases apparently displayed abnormalities and attributes typical of those suffering from autism spectrum disorders.

The class of drugs known as selective serotonin reuptake inhibitors – SSRIs consumed during conception may be one contributing factor. The analysis constituted nearly 200 rats which were exposed to SSRI citalopram in their crucial years of brain development. Majority of the rats were treated for a span of 2 weeks starting 8 days after birth that is parallel to the third trimester and early infancy in humans.

Contrarily, control group rats were also included in the study. The outcomes showed that rats which were subjected to anti-depressants apparently exhibited less playfulness during childhood and weak socializing skills as they reached adulthood. They also appeared to have specific reactions to ambient alterations.

“We saw behaviors in the treated rats and neurological problems that indicate their brains are not properly conducting and processing information. However, based on this study alone it, would be premature to conclude that a pregnant mother should stop taking SSRIs. A pregnant mother may do more harm to her baby through untreated depression than by taking prescribed SSRIs. This study is a starting point and a lot more research needs to be done,” remarked Rick C.S. Lin, PhD, professor of neurobiology and anatomical sciences at UMMC and principal investigator on the study.

The influences also looked more significant in male rats than females, the same way as autism is more prevalent in males. The team witnessed an acute impact on the auditory cortex. Unlike the untouched rats, the treated mice seemingly possessed a sluggish cortex that presents sound with less correctness.

The listening cortex is also known to undergo delay and impairment by the onset of adulthood. Delayed aural speech is one of the prime attributes of autism spectrum disorder in children. Another abnormality is seen in the corpus callosum which plays a role in higher intellectual functions. Such defects were observed in the treated mice too.

The investigators have plans of examining moré SSRIs in human tests to gauge factors like doses and usage duration for such medications during pregnancy. The findings are published in the journal Proceedings of the National Academy of Sciences.