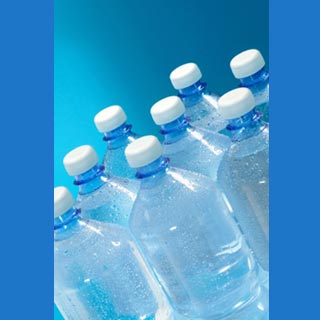 Prenatal exposure to even second hand smoke is known to be detrimental to the baby, which stresses the vulnerability of pregnancy. In such a scenario, scientists at Harvard School of Public Health (HSPH) have disclosed that exposure to bisphenol A (BPA) during conception could have an uncanny link to behavior and emotional issues in young girls.

BPA is a common chemical used in the manufacture of plastic utensils inclusive of canned food linings, polycarbonate plastics, dental sealants and some thermal paper receipts. Many persons residing in industrialized countries may be exposed to BPA. The latter is also known to impede normal development in animals and has also been associated with cardiovascular disease and diabetes. This study essentially showed that gestational exposure to BPA may lead to behavioral issues at the age of 3, specifically in girls.

“Gestational, but not childhood BPA exposures, may impact neurobehavioral function, and girls appear to be more sensitive to BPA than boys,” specified lead author Joseph Braun, research fellow in environmental health at HSPH.

The investigators gathered information from 244 mothers and their 3 year old children as part of the Health Outcomes and Measures of the Environment Study. 3 urine samples during the mothers pregnancy and at birth were tested. The children were examined every year from ages 1 to 3. At the completion of 3 years, the mothers were asked to complete a questionnaire regarding their child’s behavior.

Though the behaviors were not clinically significant, some kids had more behavioral issues than others. Around 85% of the urine samples of mothers showed the presence of BPA while 96% of the kids’ specimens showed the same. After controlling for various factors, the team found that growing gestational BPA concentrations were apparently linked to hyperactivity, aggressiveness, anxiousness and depression along with weak emotional control and inhibition in the girls.

The scientists conclude that more analyses are required to affirm the hazardous effects of BPA. Physicians may guide women to prohibit their BPA exposure by avoiding canned and packaged foods, thermal paper sales receipts and polycarbonate bottles with the number 7 recycling symbol, they say.

The analysis, ‘Impact of Early Life Bisphenol A Exposure on Behavior and Executive Function in Children,’ is published in the journal, Pediatrics.