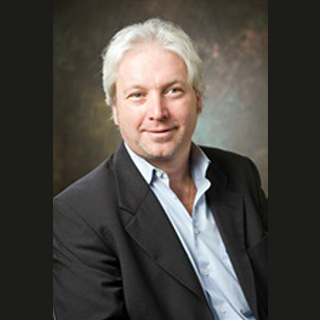 Ghrelin, a hormone produced in the stomach could possibly be used to increase resistance to, or slow the development of Parkinson’s disease. Atleast this is what scientists from Yale School of Medicine claim.

Parkinson’s disease is known to have been caused by a degeneration of dopamine neurons in substantia nigra. Substantia nigra appears to be an area of the midbrain which is responsible for dopamine production. Parkinson’s may perhaps develop when the dopamine cells get sick and die.

Decreased production of dopamine in late-stage Parkinson’s apparently causes symptoms such as severe difficulty in walking, restricted movements, delays in moving. In addition to lack of appetite, difficulty eating, periods of remaining motionless known as ‘freezing’ and head and limb tremors are some other symptoms.

“We also found that, in addition to its influence on appetite, ghrelin is responsible for direct activation of the brain’s dopamine cells. Because this hormone originates from the stomach, it is circulating normally in the body, so it could easily be used to boost resistance to Parkinson’s or it could be used to slow the development of the disease,” said lead author of the study, Tamas Horvath, chair and professor of comparative medicine and professor of neurobiology and obstetrics & gynecology at Yale School of Medicine.

During the study, Horvath and colleagues were believed to have carried out an experiment in mice that received ghrelin supplementation and in mice that were deficient in ghrelin hormone and in the ghrelin receptor. Ghrelin was known to have been earlier associated with the release of growth hormones, appetite, learning, memory, and with the reward circuitry of the brain that regulates food cravings.

The study authors found that ghrelin seems to be protective of the dopamine neurons. In addition, the findings revealed that when compared to controls, mice with impaired ghrelin action in the brain seemed to have more loss of dopamine. Moreover, the findings could be easily translated to human use because the ghrelin system appeared to have been preserved via various species.

New human studies have found that body mass index, stored fat and diabetes may be linked to Parkinson’s disease. Also, past study has shown that obesity seems to be a risk factor for neurodegeneration in mice.

The study authors anticipate in establishing ghrelin levels in both healthy individuals and Parkinson’s patients. Further, they will determine whether altered ghrelin levels could be a biomarker of disease development and vulnerability.