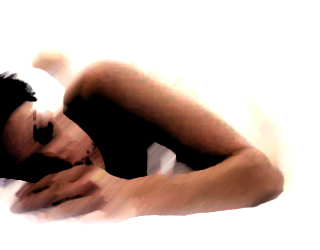 A special warning has been issued by the researchers for the women in their post -menopausal phase of life. It is – do not sleep more or less than seven hours as otherwise women are prone to get struck by an ischemic attack.

Ischemic attack is a brain stroke often described as a mini-stroke occurring due to the temporary blockage in the arteries supplying blood in the brain.

“After accounting for all common clinical conditions predictive of stroke, we found this increase was statistically significant: sleeping nine hours or more is strongly associated with increased risk of ischemic stroke,” said lead author Jiu-Chiuan Chen, M.D., Sc.D., assistant professor of epidemiology at the University of North Carolina’s School of Public Health in Chapel Hill.

He also notes that, “The prevalence in women of having long sleep duration is much lower than having sleep duration less than six hours. So the overall public health impact of short sleep is probably larger than long sleep. This study provides additional evidence that habitual sleep patterns in postmenopausal women could be important for determining the risk of ischemic stroke.”

“Our data do not imply that if women with long sleep cut their sleep hours they would be at a lower risk,” Chen emphasized. “At this point, we still cannot determine that long sleep causes ischemic stroke. The observed increase in stroke risk in long sleepers may be due to some unmeasured factors, such as undiagnosed sleep disorders, although we did attempt to account for that in our analysis.”
“Further studies are needed to help us understand the possible mechanisms involved in the associations found in this study,” he said, “because there are very limited neurobiological data relating long sleep to an increased risk of coronary heart disease or ischemic stroke that also is found in other large epidemiologic studies.”

The other findings made by Chen and his colleagues are: