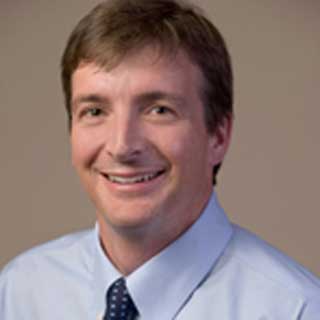 Wear and tear of body joints is commonly linked to osteoarthritis. But, is it the sole contributor to this condition? Providing an answer to this query, scientists at the Stanford University School of Medicine have affirmed that inflammation is apparently the key driver of osteoarthritis and cannot be attributed to just wear and tear of joints.

The findings unleash an alternative way to treat the disease. Experts believe that striking these inflammatory processes which occur at an initial stage of the condition before it advances to the point of manifesting noticeable symptoms, could help in the treatment of osteoarthritis.

“It’s a paradigm change of the implication of the findings. People in the field predominantly view osteoarthritis as a matter of simple wear and tear, like tires gradually wearing out on a car. It also is commonly associated with blow-outs, such as a tear in the meniscus — a cartilage-rich, crescent-shaped pad that serves as a shock-absorber in joints — or some other traumatic damage to a joint,” explained William Robinson, MD, PhD, the senior author.

The role of a certain complementary mechanism came forward in the research. This system comprises a class of proteins in the blood that are involved in complicated interplay in response to bacterial or viral infection, and thereby activating a protein known as the MAC. The latter seemingly helps discard the infection by building holes in the membranes of afflicted cells.

For the trial, the team examined large proportions of proteins in the joint fluid of patients suffering from osteoarthritis and those present in healthy subjects. They found that the tissues of patients seemed to constitute excessive proteins that act as instigators, while a scarcity of those which impeded the complement cascade.

The investigators also gauged the activity status of genes in the joint-lining tissues of patients against healthy persons and found a similar outcome. In a subsequent analysis with mice, it came to light that rats which were devoid of the complement-accelerating protein, supposedly developed less acute arthritis.

Contrarily, mice lacking the complement-inhibiting protein appeared to show signs of the disease. Hence, mice with dysfunctional complement system were shielded against the disease as a reaction to meniscal damage. The reason for this may be that the protein MAC was possibly harming joint-tissue cells, but not by creating holes in them. Rather, it seemingly spurred inflammatory chemicals that directly activate the complement system which led to an ongoing phase of joint-tissue impairment.

According to the researchers, low-grade complement activation could lead to osteoarthritis and the complement cascade may be a new target for drugs. These medicines will help prohibit the onset of osteoarthritis in people who have experienced joint injuries.

The research was published in the journal, Nature Medicine.