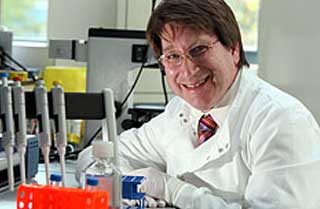 A report stating that hormone therapy could be risky for men suffering from heart conditions is fresh in our minds. But, what if hormone therapy is given along with radiotherapy? Well, scientists at Cardiff University have found that a combination of radiotherapy and hormone therapy apparently works in elevating chances of survival for men diagnosed with prostate cancer.

The trial, PR07 which incorporated about 1,205 men from 1995 to 2005, was conducted in the U.K. These men were diagnosed with prostate cancer which had expanded to the exterior of the prostate but had not advanced further.

Professor Malcolm Mason, lead analyst remarked, “We’re very grateful to all the men who took part in this trial and we’re delighted that the trial has shown radiotherapy to be so worthwhile for patients with the type of prostate cancer we call ‘locally advanced’. The next stage will be to ensure that the results of this trial are implemented into treatment recommendations as quickly as possible.”

While half of the set were administered hormone therapy, the other half were provided a combo of hormone therapy and radiotherapy. After a span of 7 years, the team found that 74% of those who received the combo therapy were seemingly alive, as compared to the 66% who were not given radiotherapy.

The scientists believe that radiotherapy may be advantageous to prostate cancer patients, therefore it may lead to an alternative way for treatment. More analyses are required to gain support, they conclude. The study is published in the journal, Lancet.