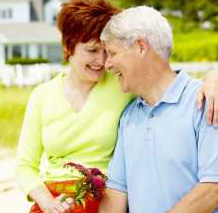 Scientists have said that women might now be able to conceive at an age past child-bearing, all thanks to a new treatment that is expected to come up in the next ten years. Scientists have discovered a protein that they believe can be developed into a pill or even an injection to extend the life of the eggs in the ovary.

This could lead to a fertility revolution, as women would be able to wait longer to have a child.

Basically, a woman’s fertility peaks between 20 and 24 years of age. However, fertility rates remain relatively constant through the early 30s, after which they begin to decline.

According to Robert Winston, a professor of fertility studies at Imperial College, at the age of 16, a woman would have around 400,000 eggs, but by the age of 46 there will be virtually none left.

“Women lose around two eggs an hour. In the time you’ve been listening to me speaking, every woman of child-bearing age in the audience will have lost two eggs,” Winston said at a conference.

“We either arrange for women to train and rear and care for children at the same time, or science can help by extending the length of life of eggs in the ovaries. We might be able to do that in the next decade or so,” he added.

Winston also said that women are much healthier than they were and the period before menopause could be extended without risk.

Robert Winston, who is also the medical director of the London Fertility Centre, did not give any details on which proteins could be used or how far the research had progressed.