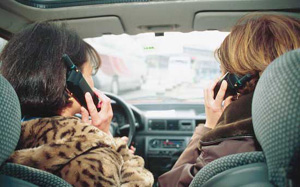 “Don’t speak on your mobile phone for too long, you’ll surely turn deaf someday and it will affect your health further,” I’m quite that most of us must have heard these lines before. Now you can turn and retort back.

A Denmark study provides the latest reassurance that mobile phones don’t trigger cancer. Scientists tracked 420,000 Danish cell phone users, including 52,000 who had chatted on the devices for 10 years or more, and some who started using them 21 years ago.

They matched phone records to the renowned Danish Cancer Registry that records every citizen who gets the disease — and on Tuesday reported that cell-phone callers are no more likely than anyone else to suffer a range of cancer types.

The study, published in the Journal of the National Cancer Institute, is the largest yet to find no bad news about the safety of cell phones and the radiofrequency energy they emit.

However, even the lead researcher doubts it will end the debate.

A Vanderbilt University professor and scientific director of the International Epidemiology Institute in Rockville, Md said, “There’s really no biological basis for you to be concerned about radio waves.” Adding, “Nonetheless, people are.”

So Boice and colleagues at Copenhagen’s Danish Cancer Society plan to continue tracking the Danish callers until at least some have used the phones for 30 years.

This so-called Danish group “is probably the strongest study out there because of the outstanding registries they keep,” said Joshua Muscat of Pennsylvania State University, who also has studied cell phones and cancer.

“As the body of evidence accumulates, people can become more reassured that these devices are safe, but the final word is not there yet,” Muscat stated.

Cell phones beam radiofrequency energy that can penetrate the brain’s outer edge, raising questions about cancers of the head and neck, brain tumors or leukemia. Most research has found no risk, however a few studies have raised questions. And while U.S. health officials insist the evidence shows no real reason for concern, they don’t give the phones a definitive clean bill of health, either, pending long-term data on slow-growing cancers.

For the latest study, personal identification numbers assigned to each Dane at birth allowed researchers to match people who began using cell phones between 1982 and 1995 with cancer records.

Among 420,000 callers tracked through 2002, there were 14,249 cancers diagnosed — fewer than the 15,001 predicted from national cancer rates. Nor did the study find increased risks for any specific tumor type.