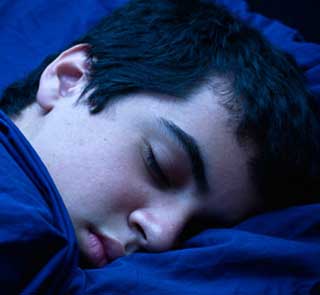 There are many myths surrounding dreams, which is why it is certainly an interesting area to be explored by experts. More recently, scientists from the University of California, Berkeley asserted that the amount of time spent in dreams while sleeping could help overcome disturbing memories of adversities.

The experts believed that the dream period of sleep also known as REM sleep, apparently caused the stress biology to be closed down after which the brain processed distressing memories. This seemed to result in the elimination of bad thoughts.

“The dream stage of sleep, based on its unique neurochemical composition, provides us with a form of overnight therapy, a soothing balm that removes the sharp edges from the prior day’s emotional experiences,” commented Matthew Walker, associate professor of psychology and neuroscience at UC Berkeley and senior author of the study.

Especially for people suffering from PTSD, the overnight therapy did not seem to work effectively. This usually happened when the person experienced the same emotions all over again as the thoughts about the incident were not erased while sleeping.

The analysis unfolded that during REM sleep, memories became alive once again, but the stress neurochemicals were apparently repressed. In the investigation, about 35 healthy young adults were divided into 2 sets and exposed to 150 emotional pictures 2 times in a 12-hour interval. A MRI scanner simultaneously gauged their brain activity.

Half of them witnessed the images in mornings and evenings, while the other half viewed them late evenings and then in the morning. Thus, the latter group got a full night sleep in the process. The results showed that those who slept in the intervals of viewing the images seemingly experienced reduced stressful reactions to the pictures.

Moreover, the MRI scan presented less activity in the amydala of the brain that essentially works on emotional responses. This enabled the persons’ prefrontal cortex to regulate an optimum response to the emotional triggers.

Additionally, the team found that a stress chemical namely norepinephrine was supposedly present in low levels during REM sleep. The mechanism is such that disturbing memories seemed to be reformed in the less stressful ambience as in REM sleep. Therefore as we wake up next morning, the emotional acuity of the events are considerably reduced, giving us the strength to overcome it. The findings could help doctors create new strategies for treating mental illnesses.

The study is published in the journal, Current Biology.