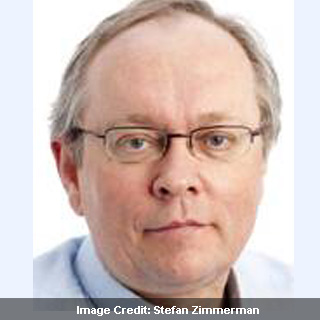 This news may provide specific details as to how muscle cells may regulate fatty cell uptake. A new study from the Swedish medical university Karolinska Institutet exhibits that the blood vessels and muscles of the heart may control the uptake of fatty acids that one consumes via meat, milk products and other food.

The scientists behind the study appear to have also recognized the way in which regulation could be ruled by the muscles themselves. The findings seem to unlock the way for new types of treatment for pathological fat buildup in the muscles which, in turn, could augment the threat of type II diabetes and cardiovascular disease.

Preceding study has supposedly exhibited that the extreme, pathological accrual of fat in the muscles could be a vital contributory factor to the growth of insulin resistance and type II diabetes. It could thus be vital to comprehend and regulate how the uptake of fat from the blood is adjusted. The role of the blood vessels in this procedure seems to have remained mainly unknown in spite of the fact that fatty acids ought to be transported via the cells of the vascular walls before they can be taken up and metabolised by the functioning muscles.

In this current study, the scientists apparently investigated the biological role of the VEGF-B protein, which seems to indicate from the muscles to the blood vessel walls. They could exhibit that levels of VEGF-B could associate with the mitochondrial content and energy status of the muscles. Moreover, the scientists illustrated that VEGF-B may regulate levels of fatty acid transport proteins (FATPs) in the vascular wall. VEGF-B signalling from the muscles to these cells could result in an augment in FATPs and therefore a larger consumption of fat via the vascular walls.

Associate professor Ulf Eriksson, who led the study at Karolinska Institutet´s Department of Medical Biochemistry and Biophysics, commented, “Mice that lacked either the VEGF-B protein or its receptors in the walls of the blood vessels had a lower intake of fat to the muscles and the heart, and less accumulation of fat in the different tissues. Instead, we found that the residual fat accumulated in the white adipose tissue, causing a slight weight increase in the mice.”

Nevertheless, their most remarkable discovery was that the mice appeared to have lacked VEGF-B, and that consequently encompassed lower muscular fat uptake, augmented the uptake of sugar to the heart.

As insulin resistance and type II diabetes in humans are said to be typified by high glucose levels and the decreased uptake of sugar to the muscles, it is anticipated that these outcomes could one day be crafted into new treatments for numerous metabolic diseases, counting type II diabetes.