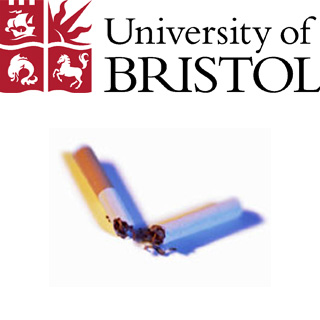 There have been numerous reports on smoking and many still keep coming, stating how smoking affects a person physically as well as mentally. According to a latest study by experts at the University of Bristol, there is no strong evidence that the popular smoking cessation drug varenicline seems to increase the chances of self harm or depression in contrast to other cessation products.

Recently, varenicline is noted to have been introduced as a smoking cessation product with confirmed effectiveness. However, there appears to have been concerns that it may increase the risk of suicidal behaviour and suicide. In spite of warning about the possible increased risks issued by regulatory authorities across the world, varenicline seems to be extensively used.

In order to present more evidence, Professor David Gunnell along with his colleagues from the University of Bristol and the Medicines and Healthcare products Regulatory Agency (MHRA) compared the possibility of self harm among people consuming varenicline with the risk of self harm associated with other smoking cessation products. Apparently, other smoking cessation products include bupropion and nicotine replacement therapy in the form of patch, inhaler, gum, tablet or lozenge.

With the help of the General Practice Research Database, approximately 80,660 men and women aged between 18 and 95 years were recognized. They were then prescribed a new course of smoking cessation product between September 2006 and May 2008.

It was observed that patients’ records were maintained electronically over the period of the prescription and for three months after the date of the last prescription. Their records were further examined for incidences of fatal and non-fatal self-harm, suicidal thoughts and depression.

The findings revealed that in total, there appear to be nearly 166 incidences of self-harm and two suicides, both in patients prescribed nicotine replacement therapy.

After having controlled the confounding factors, the study experts seem to have found no apparent evidence of an increased risk of self-harm, suicidal thoughts or depression associated with either varenicline or bupropion.

The authors claimed that although they discovered no strong evidence of an increased risk of self harm associated to varenicline, ‘the limited power of the study means we cannot rule out either a halving or a twofold increased risk.’

The study experts anticipate for more analysis of varenicline’s effect on suicide risk in other databases as well as secondary investigation of all adverse events reporting in clinical trials.

They further concluded by cautioning that any risks must perhaps be balanced against the long term health benefits of stopping smoking and the effectiveness of varenicline as a smoking cessation product.

The findings of the study have been published online in the British Medical Journal.

More children reportedly have food allergies in the U.S.