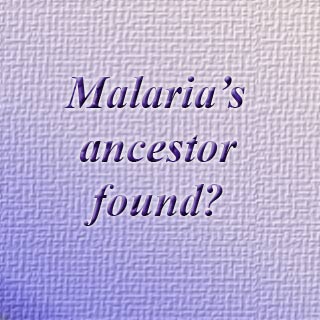 Scientists from the University of California, Irvine have discovered what they consider may be the novel source of malignant malaria. Apparently, the source is a parasite found in chimpanzees in equatorial Africa.

Though, earlier, malaria’s origin seems to have been indistinct. UC Irvine biologist Francisco Ayala and colleagues were of the opinion that the deadly parasite seems to have been transmitted to humans from chimpanzees possibly as recently as 5,000 years ago. According to them, it may have probably spread through a single mosquito.

It was believed that human malignant malaria is caused by a parasite called Plasmodium falciparum. Allegedly, this parasite is responsible for approximately 85 percent of all infections and almost all malaria deaths. Chimpanzees were known to have carried a closely related parasite called Plasmodium reichenowi. However, most scientists assumed that the two seem to have existed separately in humans and chimpanzees from the last 5 million years.

Co-author of the study, Ayala stated that, “When malaria transferred to humans, it became very severe very quickly. The disease in humans has become resistant to many drugs. It’s my hope that our discovery will bring us closer to making a vaccine.”

Supposedly, this discovery could assist in the development of a vaccine for malaria. It was estimated that malaria sickens nearly 500 million people and kills approximately 1.5 million each year. It was observed that this discovery may further help in better understanding as to how infectious diseases could be transmitted into humans from animals. Infectious diseases were noted to include HIV, SARS, and avian and swine flu.

Currently, scientists of this novel study examined numerous novel strains of the parasite. These parasites apparently were found in blood taken from wild and wild-born chimpanzees in Cameroon and Ivory Coast sanctuaries at the time of their routine health exams.

A gene analysis was noted to have associated one chimpanzee strain to all worldwide strains of the human malaria parasite. This connection seems to imply that one mosquito may perhaps have transferred malaria to humans. Scientists were of the opinion that the transmission occurred in the past because there appears to be very less genetic variance among strains of the human parasite.

The findings of the study were observed to have supported a previous hypothesis by Dr. Ajit Varki of UC San Diego and colleagues. According to Dr Varki’s theory, genetic mutations seem to have made humans resistant to sickness from the chimpanzee parasite. Also, it made them extremely susceptible to illness from the human form.

Earlier findings performed by Ayala and the lead author of the study, Stephen Rich stated that malignant malaria seemed to have started spreading throughout the tropics and world approximately 5,000 years ago, when agriculture began in Africa.

The findings of the study have been published in the Proceedings of the National Academy of Science.