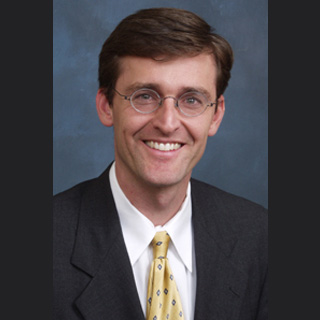 The development of budget-friendly drugs for those with moderately higher proportions of cholesterol and mild cardiac-risk seems to be effective. As per a study conducted by the University of California scientists, the question whether generic statins-HMG CoA Reductase Inhibitors will be a cost-effective method to reduce cardiac attacks for adults having slightly larger amounts of elevated cholesterol and heart disease seems to be answered.

According to the scientists, there will be just 1 statin in market by November not coming in with a generic version. Statins are known to create a barrier for a chemical in the liver that is vital to produce cholesterol. This seemingly prevents atherosclerosis in the coronary arteries. Apparently, they reduce the levels of bad cholesterol and help in prohibiting cardiac problems. These drugs have been present since 1987, but statin is known to have a brand value which is quite expensive. If the U.S. has been putting the drug to use extensively then the effect on the health care system in the long run ought to be enormous too. This could be possible by lowering the medical expenditure annually and enhancing patient health, both taken together.

“As new evidence comes out that more and more people benefit from statins, we’ve shown in advance that those people can be treated cost-effectively. The time to prevent coronary artery disease is not when you’re older and already burdened by disease. The time to start preventing it is when you’re younger with better diet, exercise, lifestyle and, for a very large population, with statin therapy. Now that prices are lower, it makes sense to use statins more aggressively as a preventive medication for a lower-risk population,” commented Lawrence D. Lazar, MD, an interventional cardiology fellow at UCLA and lead author on the paper.

According to Mark Pletcher, corresponding author in the study, treatment offered to anyone with cardiac problems and above 130 LDL cholesterol levels supposedly helps save money. The investigators are still unclear about the medicine’s advantages for lower risk people since the issue has not been fully addressed by gold-randomized drug trials. Nevertheless, the known influences of the drug may be cost-effective with lesser symptoms of long-term health problems. The scientists seem to have effectively evaluated statin on the basis of effects as well as cost and found that it apparently scores well. They believe that if it had any hazardous result, it would have been identified by now.

This analysis drew a comparison between cost-saving strategy and maximum-impact strategy for the present scenario of therapies. It was unfolded that the former will supposedly offer treatment for 17 million individuals with generic statins while the latter may treat nearly 64 million. This avenue presumably has the potential to cease almost 12,000 to 27,000 heart disease related mortality.

The study is published in the July 12 issue of Circulation.