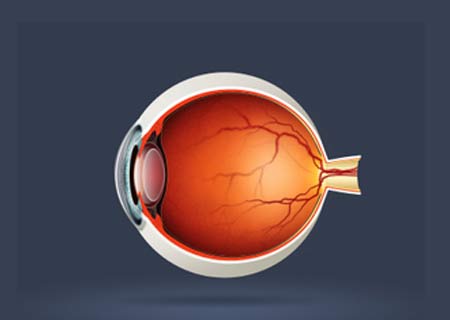 The primary cause of blindness is growth of blood vessels around the cornea, which goes against the eye’s natural tendency to enrich the corneal portion. In an important study, scientists from the Northwestern University have located a gene contributing primarily to cornea nourishment.

This gene apparently restricted the growth of blood vessels around the eyes and shielded the sharpness of the cornea. Though the prevalence of the FoxC1 gene was known initially, its role in sustaining a clear cornea is a new revelation. For the research, a specific set of mice devoid of this gene and which possessed unnatural vascular formations or blood vessels in their eyes, were included. These abnormalities seemed to cover their corneal region and created a barrier to the light coming in.

“We believe we’ve discovered the master regulator gene that prevents the formation of blood vessels in the eye and protects the clarity of the cornea,” quoted lead author Tsutomu Kume, PhD, associate professor of medicine at Northwestern University Feinberg School of Medicine and a researcher at Feinberg Cardiovascular Research Institute.

The team found that individuals who carried a single copy of the FoxC1 gene and who suffered from congenital glaucoma appeared to have abnormal blood vessel development in their eyes. The researchers are optimistic that elevating proportions of this gene may eventually lead to the treatment of different eye diseases including blindness.

It will also help in cases of corneal transplants where the growth of blood vessels in the cornea is a major issue. The research is published in the journal, Proceedings of the National Academy of Sciences.