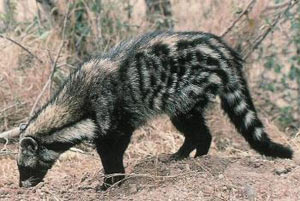 Chinese scientists now have proof that the deadly SARS virus originated from civet cats. However, the World Health Organization has cautioned against making a definitive link. The research which was conducted by scientists in mainland China and Hong Kong, was the first to provide a genetic basis for how the pneumonia-like Severe Acute Respiratory Syndrome (SARS) virus spread.

Until now, civet cats have been a prime suspect as the origin of the human form of the virus, although scientists have not yet proved the link between civet cats and humans. There has been speculation that bats or maybe some other animals could have been responsible for the outbreak of SARS.

Eating wild animals such as civet cats is a common practice in Southern China, which is actually the location where the highly contagious SARS virus emerged in late 2002.

However, the WHO China spokesperson, Joanna Brent, said that the research was already well known and did not prove SARS spread from civet cats to humans. “What it (the research) shows is that the SARS coronavirus has been found in some civet cats, but we don’t know how many civet cats, or whether it can be transmitted to humans,” Brent said.

She said the research, which the WHO had already studied, stated the civet cats were capable of transmitting SARS to humans, but not that this had definitely occurred.

After its emergence in southern China, SARS quickly spread globally to infect more than 8,000 people and kill more than 800, including 349 in China. It was eventually contained through international efforts such as quarantines on victims, health checks on travelers and distributions of face masks.

Study throws light on the procedure of senescence