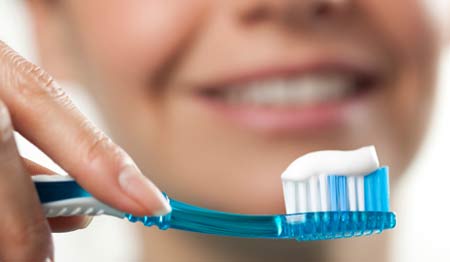 Most of the toothpastes in use today are laced with fluorides to fight tooth decay. But, harmful bacteria seem to trick the protective effects of fluoride, assert experts from the Yale University who explored the mechanism involved in this process.

The team found that certain areas of RNA messages known as riboswitches that regulate gene expressions appeared to gauge the fluoride build-up and trigger the bacterial defense mechanisms. High proportions of fluoride are known to reduce the proliferation of bacteria in the mouth and thereby prohibit cavities.

The riboswitches supposedly work against fluoride’s influence on bacteria. When fluoride accumulates at high proportions, the riboswitch catches hold of fluoride and activates certain genes that can possibly combat its influences.

Ronald Breaker, senior author of the study, remarked, “These riboswitches are detectors made specifically to see fluoride.”

Moreover, both fluoride and RNA sensor molecules are negatively charged which is why they do not cling to each other. The team also found that this kind of fluoride sensing behavior seen in riboswitches is primal. According to the scientists, bacteria had been battling fluoride all along their evolution.

There could be at least 2 species of organisms which have the potential to combat the effects of fluoride by accessing riboswitches. Many types of bacteria also contain proteins that counteract fluoride toxicity.

The investigators concluded that the benefits of fluoride usage are significant and can be considered safe for dental health. The findings are published in the journal, Science Express.